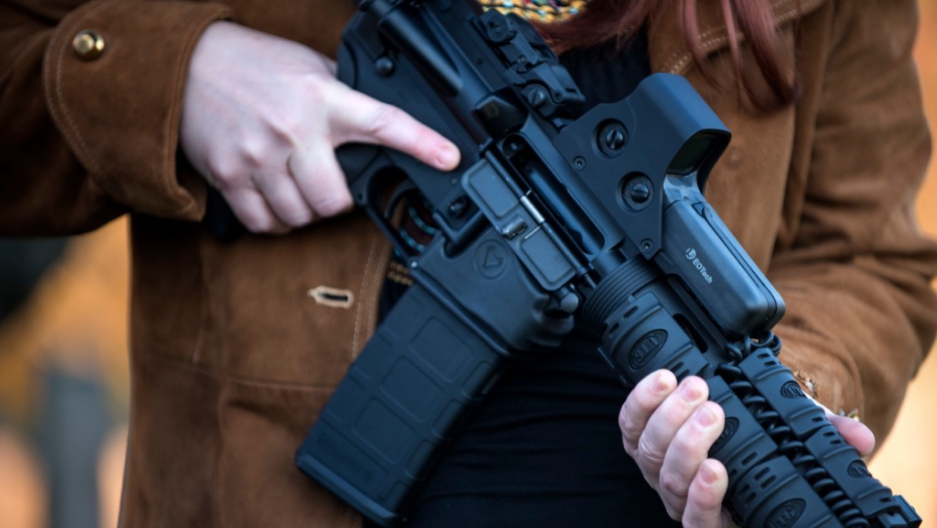 Editor's note: This story was originally published Dec. 17, 2012. It has been updated to reflect current events.

The immeasurably tragic school shooting at Sandy Hook Elementary in Newtown, Conn., which left 20 children and six adults dead in December 2012, horrified the world and briefly ignited an emotional US debate about gun control.

Nine months later, the debate was held all over again after a mass shooting at the US Navy Yard in Washington, DC that killed 13 people.

Then there was April 2, 2014. The second mass shooting in five years at Fort Hood Army base left four dead, including the shooter, and 16 wounded. The base was also the site of a 2009 rampage in which a former Army psychiatrist killed 13 and wounded 32.

On Dec. 2, 2015, two shooters said to be "inspired" by ISIS opened fire at the San Bernardino County Department of Public Health, killing 14 and seriously injuring 22.

And on June 12, 2016, the United States saw the worst mass shooting in its history. At least 50 people died after a gunman opened fire in an Orlando night club, and 53 were reported injured.

There has been plenty more gun violence in America, much of which doesn't rise to national prominence. But the mass shootings tend to get our attention, at least for a moment.

So — does the debate on gun control ever actually change anything?

If the experiences of some countries that have faced similar tragedies are any indication, it's possible. Here, GlobalPost takes a look at three cases in which gun laws were tightened following tragic shootings — in Australia, Scotland and Finland.

The tightening of Australia's gun laws was prompted by the worst mass murder in Australian history. On April 28, 1996, a gunman opened fire on tourists in Port Arthur, Tasmania, killing 35 people and wounding 23 more. Just twelve days later, Australia's government responded by announcing a bipartisan deal along with state and local governments to enact gun control measures, according to Slate.

A massive buyback program yielded more than 600,000 semi-automatic shotguns and rifles, roughly one-fifth of the firearms in Australia. The laws also outlawed private sales, required that guns be individually registered to their owners and mandated that buyers present a "genuine reason" for purchasing the guns.

According to research published by Australian Labor Member of Parliament Andrew Leigh in 2010, the buyback program reduced firearm suicides by 74 percent and gun-related homicides by 59 percent, said The Sydney Morning Herald.

Former Australian Prime Minister John Howard, who led the government when the tighter gun laws were passed in 1996, wrote in the Melbourne daily The Age shortly after the mass shooting in Aurora, Colo.

He said, "Australia is a safer country as a result of what was done in 1996. It will be the continuing responsibility of current and future federal and state governments to ensure the effectiveness of those anti-gun laws is never weakened. The US is a country for which I have much affection. There are many American traits which we Australians could well emulate to our great benefit. But when it comes to guns we have been right to take a radically different path."

On March 13, 1996, a lone gunman walked into a primary school in Dunblane, Scotland and shot dead 16 children and their teacher, before killing himself. "Dunblane has so much in common with what has happened in Newtown," said Harry McEwan, 71, who has lived in Dunblane for 30 years, according to Reuters.

Britain had tightened regulations after the 1987 Hungerford massacre, which also killed 16 people, said CNN. The Firearms (Amendment) Act 1988, as it's known, made registration of shotguns mandatory and banned semi-automatic and pump-action weapons. Firearms amnesties after Hungerford and Dunblane netted thousands of firearms and rounds of ammunition.

Finland's established culture of gun ownership (1.5 million firearms in a country of 5 million people) was called into question after two horrific shooting incidents at schools that took place within a year of each other.

On Nov. 7, 2007, a teenager in Tuusula killed eight people before killing himself at Jokela High School. Just a year later, on Sept. 23, a gunman shot 10 people on the campus of Kauhajoki city's School of Hospitality before turning the gun on himself, according to CNN.

In the wake of the shootings, Finland raised the minimum age for firearm licenses from 15 to 20 for short weapons and to 18 for hunting guns, according to Agence France Presse.

"No one in a country like Finland needs to have a gun at home," said Foreign Minister Erkki Tuomioja in August 2011, following the rampage by Anders Behring Breivik, in neighboring Norway.