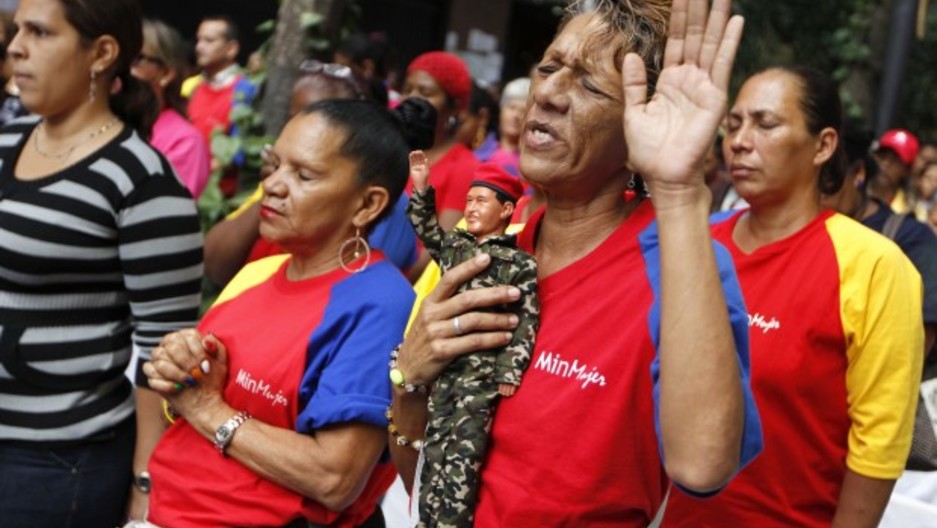 A woman holds a figurine of Venezuelan President Hugo Chavez, as she attends a mass to pray for Chavez's health in Caracas December 11, 2012. Chavez underwent surgery in Cuba on Tuesday for a cancer recurrence that has thrown his presidency into jeopardy and upended politics in the South American OPEC nation. REUTERS/Carlos Garcia Rawlins (VENEZUELA - Tags: POLITICS ELECTIONS HEALTH)

Share
Venezuelan president Hugo Chavez underwent cancer surgery today in Cuba. Over the weekend, he designated his current vice-president, Nicolas Maduro, as his successor, should he be unable to hold office. The BBC's Sarah Grainger in Caracas says both Maduro and the alternative successor, National Assembly president Dios Dado Caballo, are men who differ greatly from Hugo Chavez.