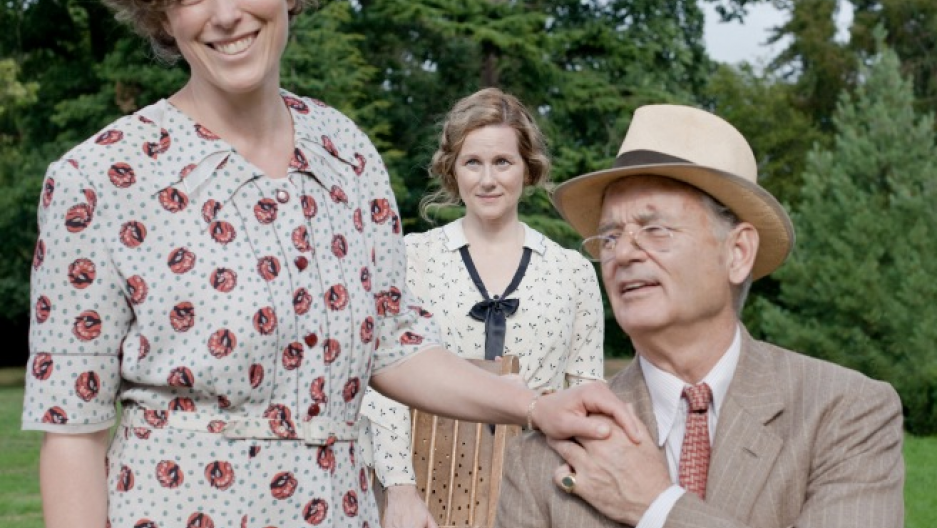 In the summer of 1939, Europe was months away from war and England was desperate for American support.

Franklin Roosevelt invited King George VI and his wife, Queen Elizabeth, to visit the United States and to spend the weekend at his country house in upstate New York. That weekend, the fate of Europe was decided over a picnic — Roosevelet actually served King George a hot dog.

The story is told is from the perspective of Daisy Suckley, a distant relative, close friend, and, screenwriter Richard Nelson believes, lover of the president.

“What interests me as a writer,” Nelson said, “both in the theater and now film, is to show people in their complexity — and leaders in their complexity, and their ambiguities, and their confusions, and how they address that within the events of their lives. I think the more we take our leaders and put them on pedestals, the more we take the onus of responsibility off our own shoulders.”

The film’s director, Roger Michell, had only one actor in mind for the role of FDR: Bill Murray, whose humor gives the president a particularly sardonic edge.

“There’s such a sense of life behind those eyes, and also a sense of loss and loneliness," he said. "And yet a kind of way of kidding along, keeping a room easy — all these things that we thought were at the center of our Franklin Roosevelt.”