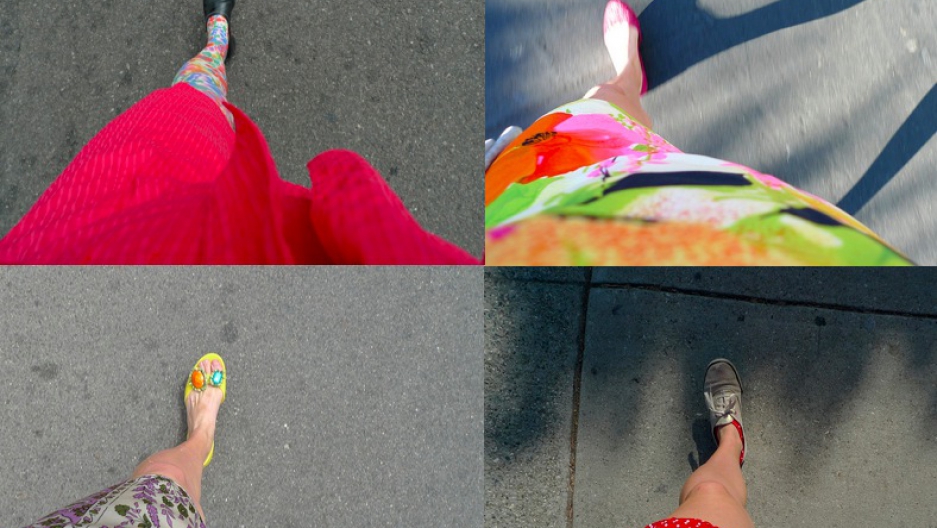 In 1982, the song “Walking in LA” by the new wave pop band Missing Persons quickly made Los Angeles the poster child for a national bad habit.

You won't see a cop walkin’ on the beat

You only see him drivin’ cars on the street

You won't see a kid walkin’ home from school

Their mothers pick them up in a car pool

And the refrain — “Nobody walks in LA” — became an unofficial motto for the city.

Los Angeles resident Alissa Walker makes her living writing about urban planning and architecture. For her, the song’s claims are just wrong. She gave up her car six years ago and she walks, bikes, and uses public transit.

And she’s not alone: a national study used by city planners estimates that 17 percent of all trips in Los Angeles County are made on foot. In fact, Los Angeles ranks just behind Portland, Ore., in walkability according to Walkscore.

So why, she wonders, hasn’t the city been able to shake its 30-year-old punch line?

Walker tracked down the song’s writer, Missing Persons’ drummer Terry Bozzio, who insisted he had no agenda against pedestrians. Bozzio was inspired by New York comedians like David Brenner who’d appear on the Johnny Carson show, she said.

But Walker got some good news: the city’s Department of Transportation just hired two pedestrian coordinators, who will be training engineers to rethink how streets are designed, and making pedestrian plazas and bike routes more available.

Because it turns out, people actually do want to walk in LA.