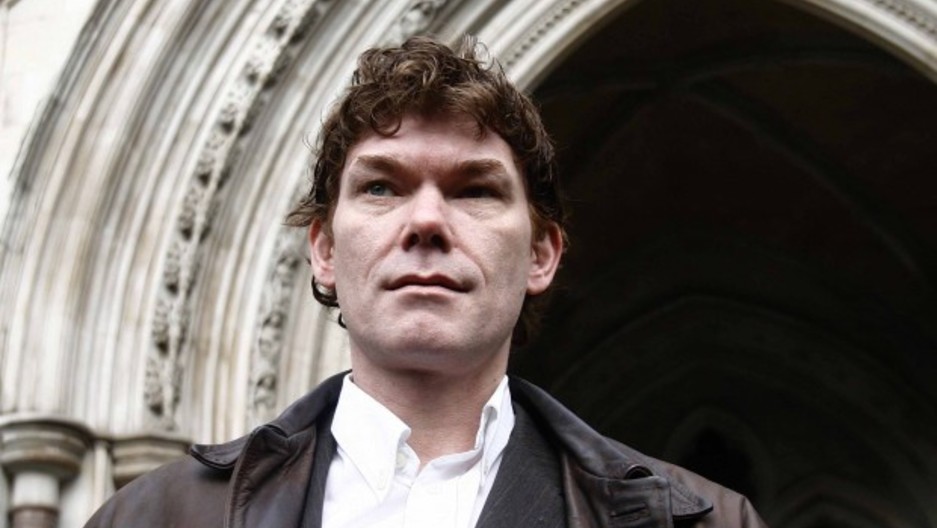 Computer expert Gary McKinnon poses after arriving at the High Court, in London January 20, 2009. McKinnon is challenging his extradition to the US after being accused by US prosecutors of hacking into Navy, Army, Nasa and Pentagon computers, and could face up to 70 years in jail if convicted. REUTERS/Andrew Winning (BRITAIN)

Share
The long, strange tale of Britain's Gary McKinnon took another dramatic turn Tuesday when Theresa May, the British government's Home Secretary, said that McKinnon would not be extradited to the United States. McKinnon, a self-described "bumbling computer nerd," stands accused by the US government of perpetrating "the biggest military hack of all time." Back in 2001 and 2002, McKinnon broke into numerous US government and NASA computer systems. The actions, according to US officials, left critical computer systems inoperable and vulnerable in the days just after the September 11th terrorist attacks. McKinnon has never denied that he broke into those systems. But he has always maintained that his intent was not malicious. Instead, he says, he was simply looking for evidence of the existence of UFOs – evidence he says the US government has been hiding. Since his initial arrest in 2005, McKinnon has been fighting extradition to the United States. At one point, he offered to admit to the the hacking charges, as long as he was tried in the UK, and served any subsequent jail time in a British jail. The United States has repeatedly declined that offer, and the extradition case continued to work its way through British courts, the House of Lords, and even the European Court of Human Rights. In 2008, McKinnon was diagnosed with depression and with Asperger's Syndrome, a form of autism. McKinnon's mother, Janis Sharp, has continued to urge the British government to toss out the extradition order because of her son's medical problems. She's argued that her son would kill himself if forced to serve time in an American jail. Tuesday, Theresa May announced that she's blocking the US extradition order on human rights grounds. She also announced that she will propose legislation that would change Britain's extradition procedures, putting the final decision on such matters in the hands of the British courts, not the Home Secretary. US officials, who hoped to make an example of McKinnon, said Tuesday that they are "disappointed" with Britain's decision. Former White House adviser David Rivkin called it "laughable," and told the BBC that "under that logic, anybody who claims some kind of physical or mental problem can commit crimes with impunity and get away with it." McKinnon's mother, Janis Sharp, said that her son was left speechless by Tuesday's announcement. She noted that for years now, Gary McKinnon has "felt like a dead person." She said she hoped that Tuesday's announcement that Britain's extradition procedures may be changing means that "he'll feel that at least that the last 10 years and seven months has brought about something that's going to help everyone. So it's not been a waste – it's achieved something." "And I hope that will give him a little bit of self respect," Sharp added. It is now up to Britain's public prosecutors to decide whether to pursue a case against Gary McKinnon in the UK.