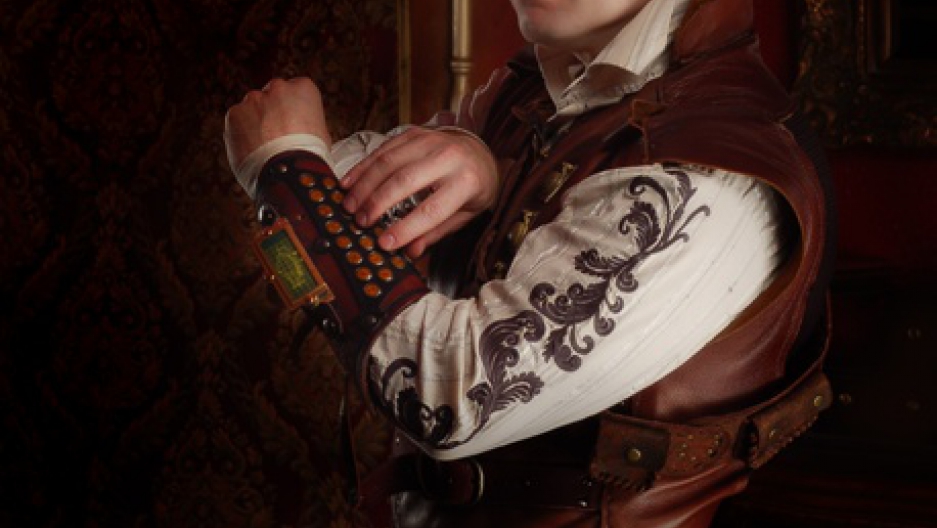 Robert Brown, known as Captain Robert, is the lead singer for the band Abney Park. (Photo courtesy of Abney Park.)

Steampunk — a term that once referred to a few science-fiction authors — has become one of today’s most influential design styles.

From a handful of hobbyists encasing their iPads in Victorian brass fittings or inventing mock Old West ray guns, steampunk has become so mainstream it's even become a Simpsons punchline.

“I just hope we put in enough steampunk,” worries Homer, “whatever that is."

This month, the fourth annual SteamCon festival will take place near Seattle, and this weekend the steampunk music festival Steamstock launches near San Francisco. Headlining Steamstock is English singer Thomas Dolby (of the 1982 hit “She Blinded Me With Science” — very protosteampunk), and the Seattle band Abney Park.

“We took on the title of a steampunk band, mixing Victorian elements and modern elements in this science-fiction-era-that-never-was, and it really fit,” says Abney Park’s lead singer Robert Brown, who goes by Captain Robert.

The band will use a Romantic violin line, a barrelhouse piano part, and boogie-woogie harmony singing, blending them with guitars and electronic rhythms.

For Abney Park, though, steampunk isn’t a pastiche style, and its emphasis on the Victorian era in particular isn’t a superficial nostalgia.

“That was one of the last eras when adventure and exploration really existed,” Brown said. “Science was sort of open for the grabbing, anybody could take it. The world was still explorable, there were places to go, things to see.”

In his view, pretending to live in the past is a way of critiquing the present.