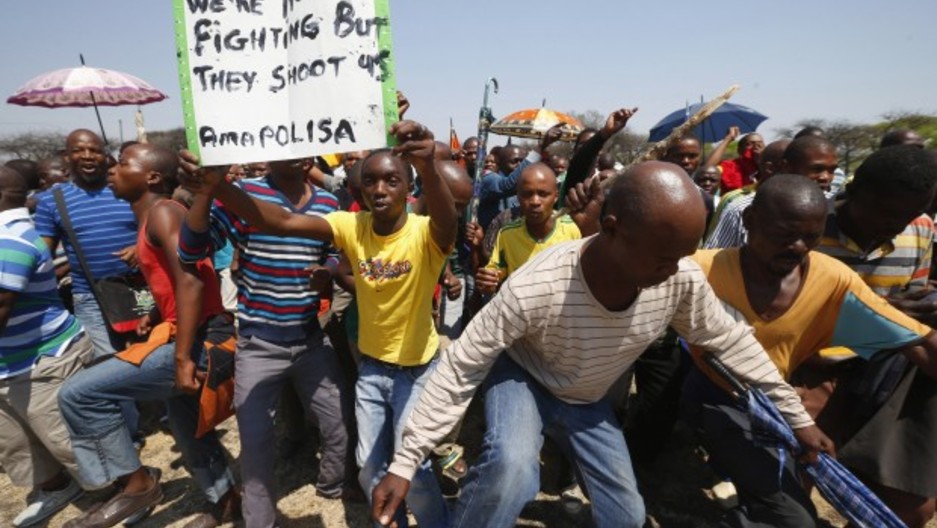 Share
The world's biggest platinum producer, Anglo American Platinum, fired 12,000 striking workers in South Africa Friday. It's the latest action in a labor dispute that has been going on for months, spurred on by a deadly police action at the Marikana mine in August, that killed 34 strikers. Milton Nkosi, a BBC reporter in Johannesburg, says the mass firing followed unsuccessful negotiations over a demand for a 20 percent pay increase. In a nation that has only a modest 5 percent inflation rate, employers considered the demand unreasonable. Nkosi says labor unrest and economic hardship are a nationwide problem. "It's not just in the mines," he says. "We are in a two week truck driver strike, and some of the fuel stations are beginning to run dry because some of the fuel truck drivers have been on strike demanding a higher wage increase." There are also strikes at some of South Africa's coal and gold mines. Nkosi points out "this will certainly add on the unemployment rate of South Africa, which is at approximately 25%, and that will put President Jacob Zuma's administration under pressure."