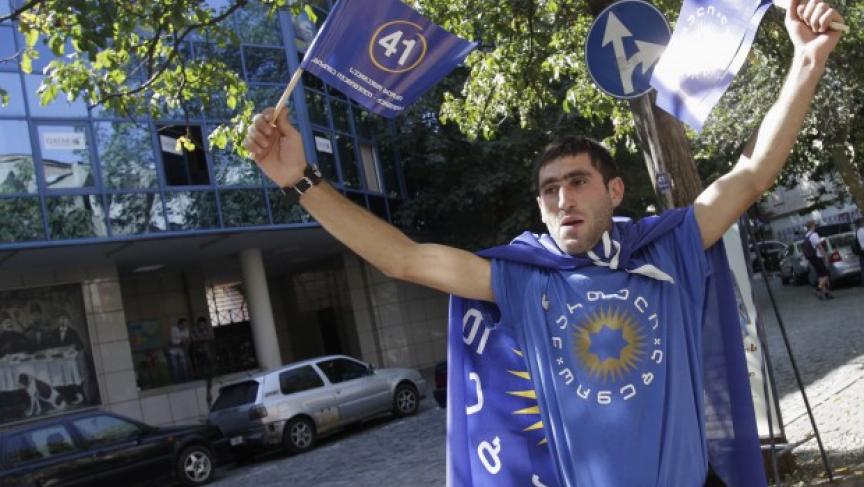 A supporter of the Georgian Dream coalition celebrates on the street in Tbilisi, October 2, 2012. Georgian President Mikheil Saakashvili conceded on Tuesday that his ruling party had lost an election to a coalition led by billionaire Bidzina Ivanishvili, increasing the chances of a peaceful transfer of power in the former Soviet republic. REUTERS/David Mdzinarishvili (GEORGIA - Tags: POLITICS ELECTIONS)

Share
Georgian President Mikheil Saakashvili has admitted his party has lost Georgia's parliamentary election, marking what could be the first democratic transfer of power in Georgia's post-Soviet history. The BBC'sNatalia Antelava says Georgian billionaire Bidzina Ivanishvili's opposition coalition captured the imagination of Georgians. And the tycoon's money didn't hurt either. "He's an immensely wealthy man, who has basically has been writing checks left and right," Antelava says. "The region where he's from, the entire place, he basically pays the gas and electricity bills."