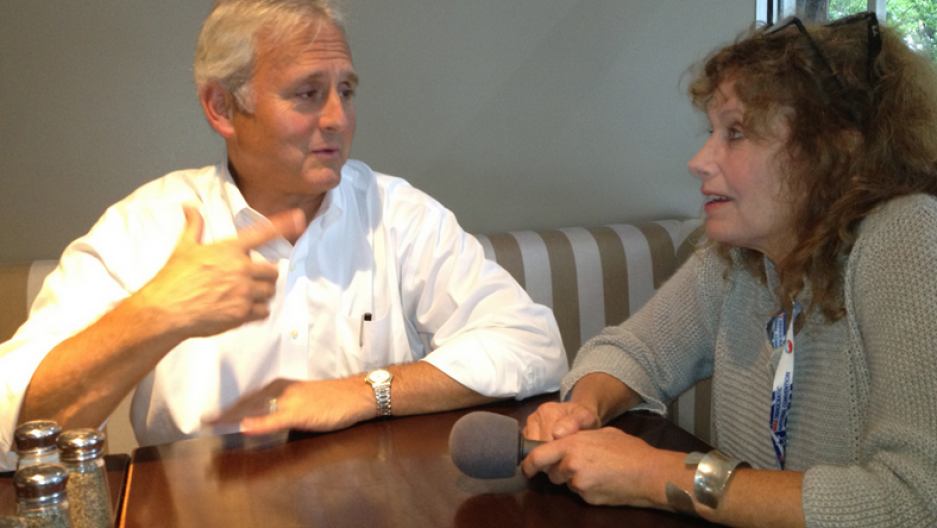 But that's not all it serves. In fact, the restaurant is a not-for-profit, so everything that it makes in sales is plowed back into the community. So for the city's homeless people, the restaurant, which features a large cross, serves up a free meal, sometimes a job and always a bit of fellowship.

Southern chef Jim Noble, the owner of the trendy restaurant, also owns a number of other eateries around town. But this is the first one that's taken the not-for-profit angle.

"Our goal was to raise money, to have profits to pour back into the community, the region and the world, to help feed the poor," Noble said. "Second, we have a King's Kitchen restoration program, which is a faith-based, Bible fellowship program they go through. It's on the job training. We do Bible study every day, we do leadership training. Social skills."

Don't think, though, that this place is going to look like a soup kitchen when you walk inside. Noble says it has to operate like a nice restaurant in order to generate the profits it needs to fullfil its mission.

"If you don't execute on food and service and all those points, people will think your ministry is nice, but they aren't coming," he said.

The restaurant also hosts a church on Sunday. But that's also a catch. The homeless people who want to get a job or find a free meal have to attend church services there on Sunday in exchange.

"We're really trying to help change lives. Folks that are coming off the street or they're going through drug or alcohol rehab, they need help. Sometimes the problem is not just the symptom of the alcohol or drug, it's something inside their heart that hurts."

Noble's church tries to address that side of things.

Phil Lewis, a formerly homeless man, began hanging around the restaurant when people he knew started asking him to go to church with them. Before long, he wound up with a job in the restaurant's kitchen.

"I was walking down the street early on Sunday morning, with all my stuff on me, when a guy asked me if I'd ever been here. He said, 'come check it out. We'll get you a cup of coffee and see if the word hits you.' That's what I did and I've been here ever since," he said.