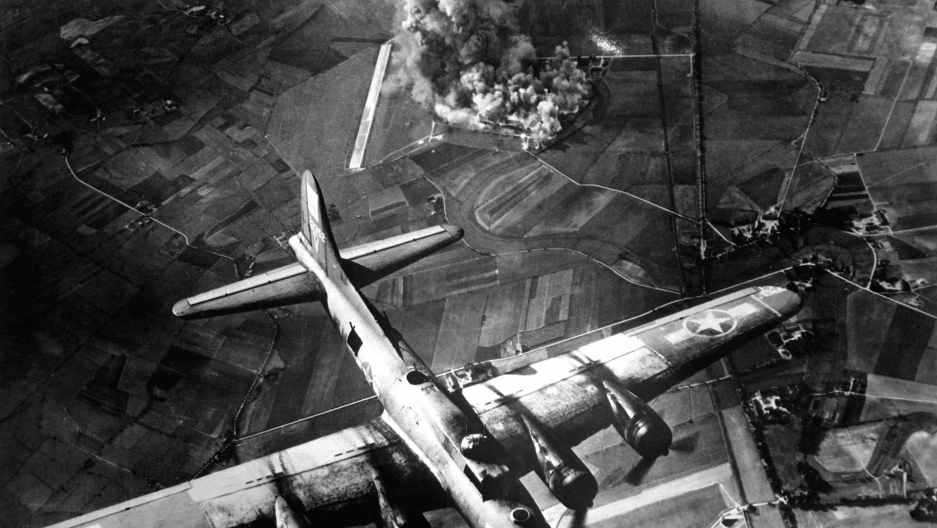 The atomic bomb that leveled Hiroshima is an image burned into many Americans minds.

Over Hiroshima at 8:15 a.m. on Aug. 6, the first atomic bomb to be used in combat, was dropped on its target. The bomb was aimed to explode above the city at the junction of the Motayasu and Ota rivers.

Same goes for the American attacks on North Vietnam in 1972.

But many American air strikes throughout history, perhaps even most, have flown, figuratively, under the radar.

That is, until 45-year-old Minnesota native and former Lt. Col. Jenns Robertson decided to make a project of documenting each and every bomb that the United States has dropped. Ever.

"There's a general curiosity of trying to understand what air power is and what it does," Robertson says.

After six years of research — including digging through 10,000 pages of both hand-written and typed World War II papers  and many nights sitting with little-known World War I reports — Robertson’s mission is suddenly gaining substantial traction. His project, Theater History of Operations Report, was previewed at the Air Force Research Institute last month.

"I did not know, until I started doing this, that we had air power, both U.S. and British, bombing at El Alamein," Robertson said.

The British victory at El Alamein in late 1942 was a major turning point in World War II and, before this research, historians didn't know that air power had played a role in that key victory.

The whole goal, of constructing a database of how America has used airpower in previous conflicts, is to capitalize on all that data so it can be applied to decisions in modern conflicts, Robertson said.

"One of the challenges with air power is it's inherently non-linear. We don't have necessarily a battlefront like you do on the ground," Robertson said.

That makes studying and learning and explaining the role and influence of air power very difficult. But there's also the possibility that this data could be used to make the world a safer place.

"We have the ability to provide this information to the State Department and to mine clean-up and unexploded ordnance clean-up in Laos and Cambodia and all of southeast Asia," he explained. "The bombs we dropped back then, the ones that didn't explode, are still a threat to the people there now. And we're able to provide the information of where we dropped those bombs so that we can help focus their cleanup efforts."

Some $2 billion has been spent by the State Department to recover previous unexploded ordnance from some 80 countries.