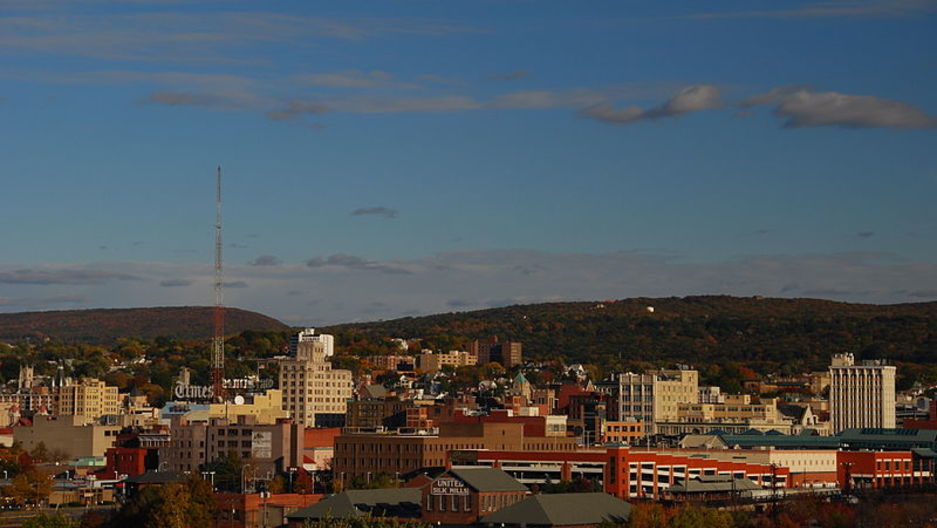 In Pennsylvania, so many cities and towns are in financial distress that one economic development specialist has what he calls a “measles map” of the state, covered with 27 red dots representing struggling communities.

One in four Pennsylvanians lives in a financially distressed city or town. Earlier this month, in Scranton, the mayor cut city workers’ pay to minimum wage. In the state capital, Harrisburg, money is so tight the city, which filed for bankruptcy last year, recently entered into “Act 47,” the state’s 25-year-old program to turn around worst-case local governments. They’ll have a recovery plan created for them, but the city doesn’t have to adopt it.

In fact, only six cities have ever graduated from Act 47.

Stephen Fehr, senior writer for Stateline.org, said Act 47 is an ambitious program but it doesn’t accomplish a lot because the state can’t control outside events such as the drop in manufacturing jobs, court rulings that back higher pay for municipal workers and bad fiscal decisions made by local elected leaders.

“It’s especially difficult for a lot of cities throughout Pennsylvania that never recovered from the decline of the coal, steel and textile industries that began in the 1980s. Pittsburgh’s probably the best example of that, which has had to retool its economy considerably because of the decline of the steel industry,” Fehr said.

A dozen of the 27 cities currently in the program have been distressed for more than ten years, including Aliquippa, a city northwest of Pittsburgh.

Aliquippa’s main employer was a steel mill that employed 14,000 workers at its peak, but fell to only 3,500 by 1988, when the city entered the program.

Fehr said the plant eventually closed in 2000, but drained so much tax revenue from the city that the city had problems delivering basic services.

There are other things that can lead to a city’s economic downfall — factors the city can’t control, like natural disasters or judicial rulings that can go against the city and cost a lot of money.

Fehr said Scranton’s problems are the result of a judicial ruling gone wrong.

In 2002, the city tried to freeze wages and cut benefits for its police officers and firefighters who belonged to unions, but arbitrators working to mediate between the city and the union awarded the workers bonuses and raises.

“So it went to court, and many years later, in 2011, the state Supreme Court sided with the workers and said that public safety workers are entitled to binding arbitration in return for their agreement not to strike,” Fehr said. “As a result of that ruling, it knocked a $30 million hole in Scranton’s budget.”

Scranton’s mayor and some other city leaders want to change state law to allow local governments to cut their personnel costs based on their government’s ability to pay.

They also want to change other laws that prevent them from generating more revenue, for example, from property taxes. Currently, state law prevents the city from collecting property taxes on churches, government buildings, hospitals, colleges and social service agencies.

“Over half of the possessed value of property in Harrisburg is tax-exempt,” Fehr said.

However, Fehr acknowledged that much of the distress the cities are facing is their own fault.

“There’s been ample documentation of mismanagement. Like in Redding, Pa., — they borrowed from their sewer fund to pay for their operations of the city, and then they didn’t pay it back. Some cities have skipped their pension payments to their employees. There’s a lot of political in-fighting,” Fehr said.

The cities have also made some bad decisions — incurring debt for parking garages in Scranton, a never-built hockey rink in Allentown and a trash incinerator in Harrisburg that has burned through the city budget.

“The residents don’t vote to create the authorities, they don’t vote for the people that run them. The problem is, a lot of cities are backstopping these projects, and when these projects run into trouble, so does the city,” Fehr said.

But he said it’s not a problem that will spread to other cities.

“It’s tempting to say, 'well, this is the tip of an iceberg,' but a lot of what’s happened in these cities, is it’s event-driven. There’s something that happened,” Fehr said.

He said the same thing is happening with several jusridictions in California.

"They’ve had some similarities as Pennsylvania, in that, there’s events they can’t control ... but a lot of it is the result of their own doing," Fehr said.