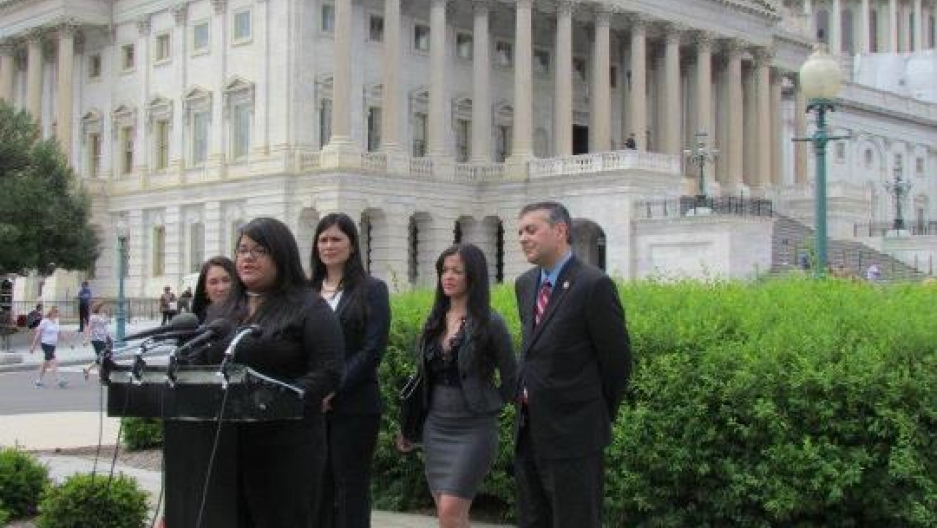 When she was 4, Daniela Pelaez emigrated with her parents from Colombia to the United States.

They had visas, but when the visas expired, her parents decided to stay in the country and raise their children here illegally. Today, a dozen years later, Daniela is the valedictorian of her graduating class. She plans to attend Dartmouth in the fall. But she’s still here illegally, and in February, a judge ordered Pelaez to leave the country.

"We always knew, and I always had it in the back of my mind. But I decided to just continue on with my studies because I love being a student," she said. "I decided to have faith and just keep on going."

Pelaez has dreams of becoming a cardio-thoracic surgeon.

After petitions and public outcry, the Obama administration decided to defer action on the case for two years. But in the meantime, Daniela, with the help of attorney Nera Shefer and congressman David Rivera (R-Fla.), is advocating for a bill to keep young, undocumented students in the country.

The bill is called the Studying Towards Adjusted Residency Status Act, or STARS.

Shefer said it's very unfortunate that U.S. policy throws away the investments that the country has already made to educate children.

"Basically, our tax money has paid for her education since she was in elementary (school). There are thousands of kids in her position, not only in Florida and in North Miami, but throughout the nation," Shefer said. "It is very sad situation that we have to face. But we believe that a case-by-case approach is unsustainable."

Instead, they're pushing for STARS, which would, they argue, allow the U.S. society to reap the rewards from the money its invested to educate students.

Critics contend that the bill encourages parents to bring their children to the United States illegally. They insist that people who violate the law by coming to the country illegally receive no benefits from their illegal action.

Pelaez, though, says this is the only home she and others like her know.

"We didn't come here based on our decisions. We came and we did whatever our parents wanted us to do. I don't feel we should take the blame for it, especially if we're trying to be productive citizens of America," she said.

Pelaez is willing to go so far as to say she does understand the need to hold her parents accountable for their illegal decision. But, she says, she doesn't blame them for wanting her to have a better life.

"That's why immigration reform has been so tricky," she said.