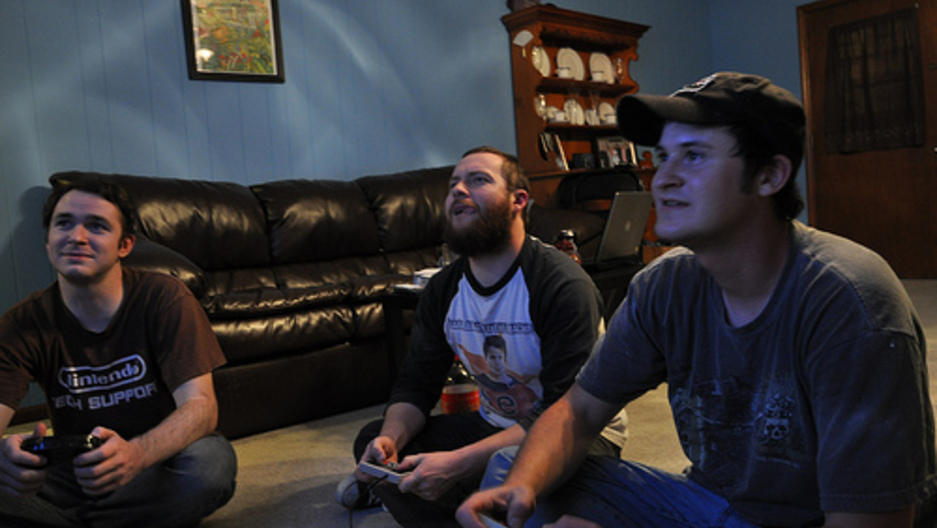 As with any major entertainment industry, independent creators are making their way into the gaming world. The Swedish game Minecraft broke single-day sales records upon its release on Xbox Live and has since sold over a million copies. However, most indie games don't come close to the success Minecraft has attained. Distribution platforms like Xbox Live or Steam are saturated with independently made videogames.

"And a lot of people just don't have the attention time to go through tens, hundreds, thousands of games," Ian Bogost said.

Bogost is a professor of videogame design at the Georgia Institute of Technology and a founding partner of Persuasive Games, a website that promotes niche video games. In 2010, Bogost created Cow Clicker with the intent of satirizing unoriginal game mechanics. Though limited in function, Cow Clicker became a huge success.

Anna Anthropy created Dys4ia, a highly personal game which draws on her own struggles with hormone replacement therapy. Features of the game include shaving chest hairs off a woman's breast and attempting to remain unseen in a women's bathroom.

"A lot of people said they would not have sympathized with the game as much if it had been, say, a blog entry or a video because there's that level of empathy that comes from actually engaging with the rules and experiencing the frustration that I felt," Anthropy said.

While it took months for Anthropy to create Dys4ia, she believes the increasing ease in developing independent video games will allow for more unique and personal games to be developed in the near future.

"In the next five years, the next ten years, video games are going to be so interesting because there's going to be so many voices coming into this artform that were not there previously," Anthropy said. "You'll be able to look on your grandmother's game page and maybe play a game that she made about her cat. And that may be totally mundane, but it's still totally beautiful."