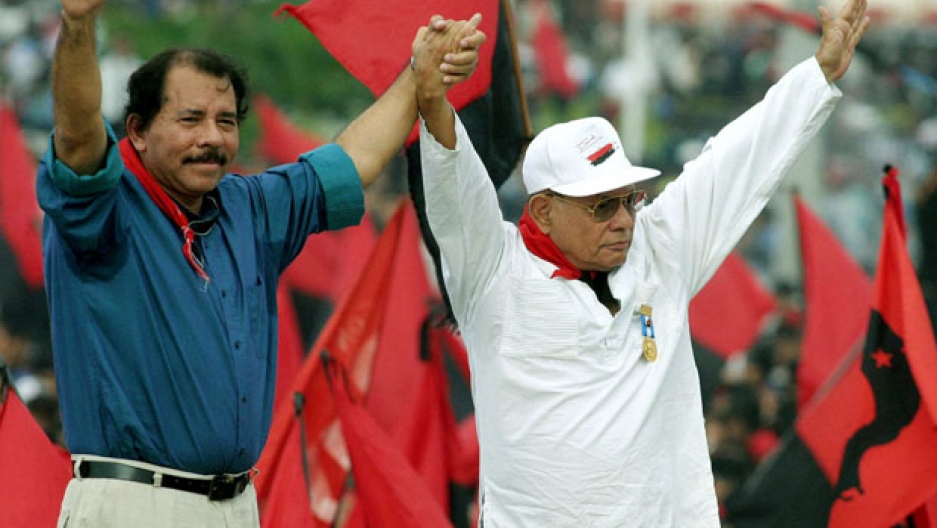 Share
Nicaraguans are mourning the death of Tomás Borge, the last surviving founder of the guerrilla movement that overthrew Nicaragua's Somoza dictatorship in 1979. Among those who followed Borge's career is Stephen Kinzer who reported from Nicaragua for the New York Times in the 1980s. Kinzer says when the tables were turned, and Borge was put in charge of the secret police who had once tortured him, the Sandinista leader followed many of the same practices of the iron-fisted leader he helped topple. "It's a sort of a cautionary tale for those of us who like to think revolutions change everything," say Kinzer. Borge was imprisoned under President Anastasio Somoza in 1977, and was held hooded and handcuffed for extended periods. He started a series of hunger strikes and gained a national profile in Nicaragua. In 1978, he was freed after the Sandinistas took the Nicaraguan Congress hostage, and bargained for the release of 50 prisoners. Sandinista rebel fighters toppled the Somoza dictatorship in 1979. Borge, a rival of President Daniel Ortega, became the interior minister. "He ran the same infamous prison in Nicaragua that Gen. Somoza the old dictator had run. And from what we heard from people who emerged from there, conditions hadn't really improved," says Kinzer. Nicaraguans voted the Sandinistas out of power in 1990, but returned the party to the presidency in 2007. Kinzer says throughout Borge's career, he was well-known as a master of seduction in both his political and private lives. "A great revolutionary is always by definition a great seducer. Because they're the same thing. You have to persuade someone that what you want them to do is what they themselves actually want to do," says Kinzer.