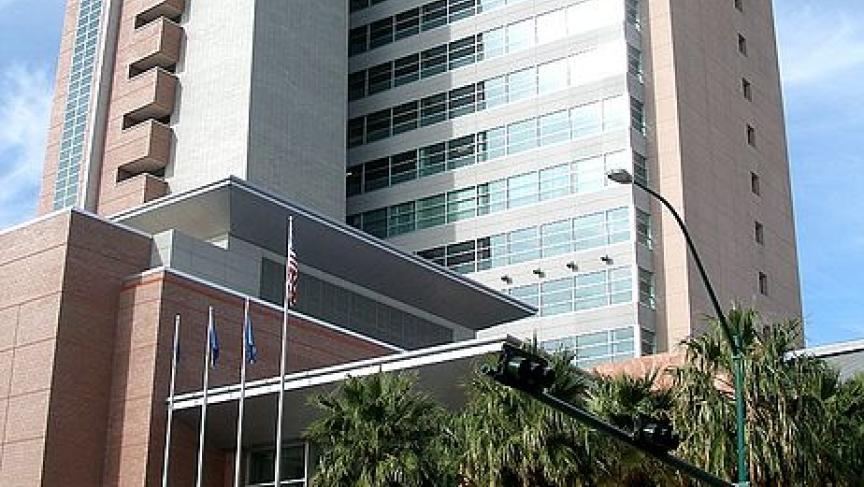 Across the United States, many courts have been cutting wages of their interpreters. Now in Nevada, some interpreters are saying enough is enough and refusing to work.

Álvaro Degives-Más is a certified court interpreter in Reno. He was working on an appeals case two years ago. The defendant, who only spoke Spanish, had already served seven years in prison. He told Degives-Más that he never admitted to certain things in the original court case.

“The guy was so insistent that I looked at him and said, ‘Well, I’m looking here at the transcript. It says so and so…’ I mean, I back-translated it to him, in this case in Spanish of course," Degives-Más said. "And the guy said, ‘No, I never said that.’”

The Spanish word “si” can mean yes or if.

The defendant claims he said “If I did it.” But the jury heard, “Yes, I did it.”

The translator wasn’t certified by the state of Nevada.

Degives-Más is convinced a more qualified court translator would not have made that mistake and the man might not have been sent to prison.

“Seven years, seven years of prison. This is real stuff, this is real people, that get really in deep, deep trouble," Degives-Más said.

There are many stories, from across the country, where under-qualified translators and interpreters made crucial mistakes in court. Sometimes it even works in favor of the defendant — many cases have been dismissed, delayed or retried because of interpreting problems.

By federal law, people appearing in court have a right to a qualified interpreter, said Nataly Kelly. She’s the chief research officer at Common Sense Advisory, a company in Lowell, Mass., focused on language services.

“Title VI of the Civil Rights Act guarantees that individuals have the right to be free of discrimination, so that includes language," Kelly said. "If an individual speaks another language, and they’re not provided with services, in that language, either directly or through an interpreter, it means that their rights have been violated.”

“You have a lot of knowledge about the system, about what the process is like, what the papers are called," Jenner said. "I mean somebody could be giving you a guilty plea agreement that’s 15 pages, and you’re sitting in a cell with somebody and they tell you interpret this for this defendant, he’s about to sign his guilty plea agreement. And you better know what all of this means.”

In Reno, where Degives-Más lives, the Washoe county courts cut wages for interpreters by a third. He no longer works for the county, he commutes to work in California. In Clark County, where Las Vegas is located, the courts also cut interpreter pay by 28 percent. People like Jenner are now paid $36 an hour.

“Which you know, for people who have gone through this long process, and have all these years of experience, it’s just hardly worth it," she said.

That, $36 an hour, might seem like a pretty good rate, especially in this economy. But Jenner points out, interpreters only get called when they’re needed, and generally don’t work 40-hour weeks or receive benefits. She said certified interpreters have to pass a rigorous exam. Most people in Nevada who take it, fail.

Jenner is one of a handful of interpreters who are refusing to sign the new contract with Clark County. She’s working for private clients who pay considerably more.

Other interpreters are threatening to cut back their hours with Nevada courts.

He estimates 35 percent of the people the county defends are non-native English speakers. The vast majority of those speak Spanish. He said fewer interpreters could drag down the whole system.

“We’d have cases languishing. We’d have problems with losing witnesses, and other problems that happen when cases languish," Richards said. "We’d have court calendars that are unnecessarily long as we wait for interpreters to be present.”

Across the country, court budgets have been cut during the economic downturn. The Department of Justice issued a memo in 2010 warning courts against cutting budgets for interpreters.

Kelly said those short-term savings can actually result in higher costs in the long-run.

“When a mistake is made in court, and let’s assume that an incompetent interpreter is used, that mistake may be later be discovered through the transcription of the proceedings," Kelly explained. "And they might have to go back and something might be challenged, and then basically taxpayers end up paying more money in the long run because of those mistakes. So not having competent interpreters up front can actually cost more money down the line.”

“This is Las Vegas, we have a lot of victims who come from somewhere else. So they’ve flown a witness all the way out from Omaha, only to find out that that witness needs a certain interpreter, or the defendant needs an interpreter, and we can’t go forward. And so that delay can cost the county a great deal of money," he said.

But places like Clark County, Nevada, are running desperately short of money. Across the board, the county has cut jobs and wages. The pain isn'tt limited to certified interpreters and the people who rely on them.