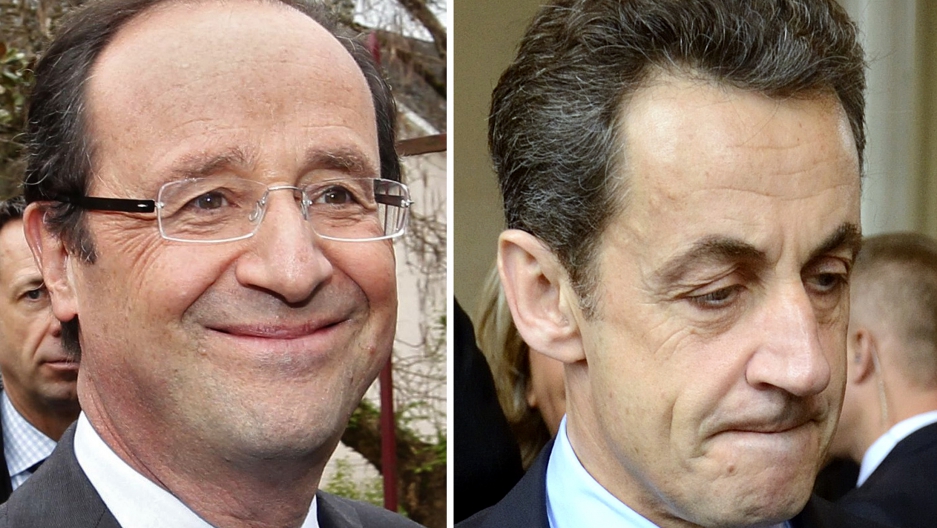 It will be incumbent Nicholas Sarkozy versus challenger Francois Hollande in the runoff election for president of France.

According to the BBC, Hollande had 28.6 percent of the votes while President Sarkozy got 27.1 percent. It's the first time an incumbent president lost in the first round.

Marine Le Pen, a far right candidate, came in third and represents practically the only chance for Sarkozy to gain enough support to win re-election.

"I have heard you," Sarkozy said to her supporters according to the BBC. "There was this crisis vote that doubled from one election to another - an answer must be given to this crisis vote."

Many Le Pen supporters, though, said they would either boycott the election or even support Hollande, according to The New York Times, in order to prevent the center-right Sarkosy from winning.

A Hollande victory would be historic — the first time in 17 years that a Socialist candidate would have been elected president. He is heavily favored.

"The strong showing by the left and anger on the political extremes seemed to reflect a desire for change in France after 17 years of centrist, conservative presidents. And it could continue an anti-incumbency trend that began with the economic crisis in Western Europe, where center-right governments dominate from Britain to Spain to Germany,' The Times wrote.

The logical next step would be a change in the way Europe approaches its debt crisis. Sarkozy has been a close and important ally of Germany Chancellor Angela Merkel. The pair has been leading the campaign to make Europe's government cut budgets and raise taxes under the broad mandate of austerity measures.

Already Hollande has rebelled against the austerity measures, saying he proposed adding government employees as a way to help jumpstart the economy. If Hollande rebels against the austerity plan, as is expected, he could be expected to receive support from not just Spain, but also perhaps the Netherlands, which had it own government crisis over the weekend, with the prime minister resigning after losing the support of one of his coalition partners.