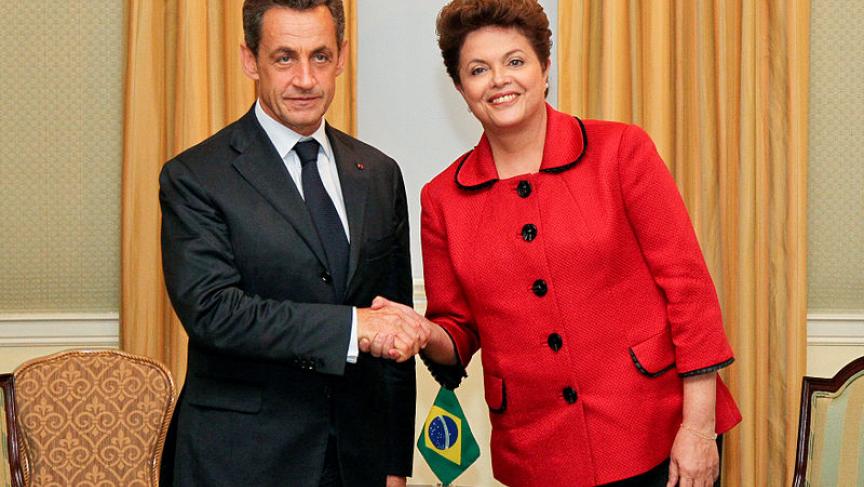 President Nicolas Sarkozy was trailing in polls behind Socialist candidate Francois Hollande all winter long. But then came the shootings in Toulouse last month.

A gunman killed seven people, including three children, before he himself was killed by police. Sarkozy was praised for his handling of the incident, and his popularity climbed in the polls.

“These attacks are odious,” Sarkozy told the French in a national TV address, as police closed in on the Toulouse gunman. “This won’t go unpunished. I assure you that we have mobilized all the means necessary to bring this criminal to justice.”

Soon after, police killed the suspect, Mohammed Merah, in a shoot-out that followed an hours-long standoff with the self-proclaimed al-Qaeda follower. The nation was shocked and yet for all the trauma and terrorism overtones, security as an election issue is fading fast.

According to French journalist David Serveney, it’s simply been overshadowed by the economic crisis.

“In the most recent poll,” Serveney said, “the first priority for the French is the economic situation.”

That’s in part because French unemployment is running about 10 percent and will likely rise, because industrial output is slumping. When you talk elections to people on the streets of Paris, security doesn’t even come up. Muriel Du Fresse, a 60-year-old former restaurant owner, said unemployment is her number one concern.

“There are more and more people on the street, while the rich just get richer,” she said.

Hollande has tried to tap into that sentiment. He’s promised to tax France’s richest at a whopping 75 percent. Sarkozy has countered by vowing to flush out and tax French fortunes hidden in overseas safe havens.

But the president knows that voters largely blame him for the tough economic times, so he’s trying to keep the terrorism threat front and center.

“The trauma of the shootings is profound in France,” Sarkozy told French radio in the days following the ordeal. I don’t want to make comparisons, he said, but “our horror is a little like that of the Sept. 11 attacks in New York.”

Sarkozy was criticized for that comparison, but he shows no sign of backing off. His security platform includes tightening borders and terrorism laws, and deporting suspected foreign terrorists. Since the Toulouse shootings, he’s ordered police to round up suspects around the country. More than 20 people have been arrested, and half of them charged for plotting against the republic.

But Gerard Davet, an investigative reporter with the daily paper Le Monde, said the sweeps are just an election ploy.

“In France we’ve have a law against terrorism that lets police arrest people before committing terrorism, and it’s been used very often,” Davet said. “That’s why we haven’t had an attack in 17 years. So we knew very well who these latest arrestees were. But the law wasn’t used until after Toulouse.”

Still, the raids not only help Sarkozy keep the spotlight off the economy, they also help fend off the spoiler candidate on the far right — Marine Le Pen of the National Front. The Front has a nationalistic, anti-immigrant platform. At the moment, Le Pen polls in third place.

Her father, Jean-Marie Le Pen, famously made it to the presidential runoff in the 2002 elections, shocking France’s left. But this year the far left has its own dark horse: Jean-Luc Melonchon, a talented orator who drew some 20,000 people to a recent Paris rally. He’s promised to create more state jobs, not cut them, lower the retirement age, punish banks and ditch austerity.

The extreme left and extreme right have both gained traction from the economic crisis. But neither candidate looks strong enough to make it to France’s second round of voting in May. That would likely leave Sarkozy and Hollande in a run-off, and polls suggest Hollande would win — as long as the economy remains the main issue.

On the streets of Paris, guys like this business manager Jean-Michel Soriano give the impression that the economy will, in fact, dominate the race.

“You know what France’s problem is?” Soriano said. “I’ll tell you. It’s our vacations in October, Christmas, February, and April; our long weekends, our 35-hour work week; the fact that 80 percent of the French want to be civil servants.”

The Chinese work day and night and we just want more vacation time, he added. “We’re hiding our heads in the sand.”