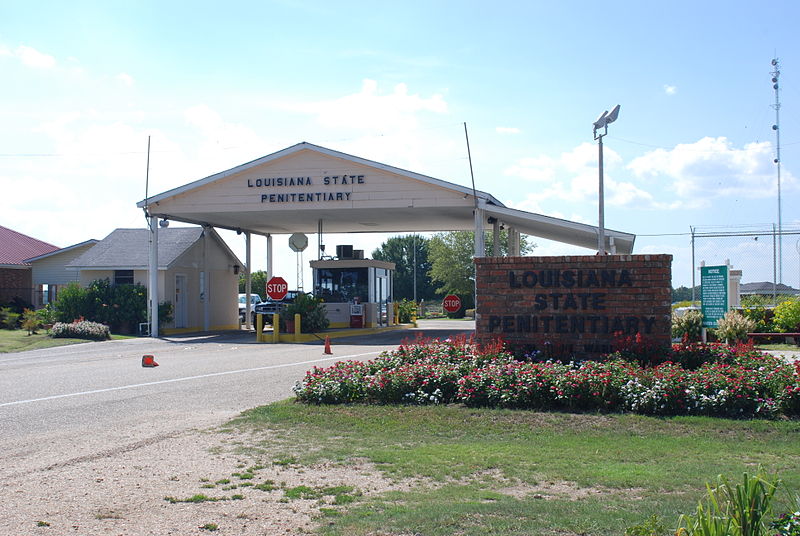 The Louisiana State Penitentiary at Angola was the home, until relatively recently, of two men who have now spent 40 years in solitary confinement. (Photo by kccornell via Wikimedia Commons, cc-by-sa.)

This month, two prisoners in the United States will mark the 40th anniversary of being put in solitary confinement — most at the notorious Angola Prison in Louisiana.

No U.S. prisoners are believed to have spent more time in solitary confinement in U.S. history. Albert Woodfox and Herman Wallace have spent the vast majority of the past 40 years in solitary confinement at Angola. In recent years, they've been moved around, and even spent some time outside of solitary as various appeals were won and lost, but they're back in solitary at Hunt Correctional Center and David Wade Correctional Center. The two were joined in solitary Robert Hillary King for the first 29 years of their stay, but King was released after his original conviction was overturned and he pleaded guilty to a lesser offense.

All three, already in prison for various offenses, were sentenced to solitary confinement after the death of prison guard Brent Miller.

BBC reporter Tim Franks interviewed King recently as part of a broader piece on the Angola Three — the three prisoners held for decades in solitary confinement. King was was released in February of 2001.

"Being in solitary confinement is awful," King told Franks recently. "It's miserable. When I say the soul cried, I can't define how the soul cried. It's not a literal tear — it's agony, deep."

Franks wasn't allowed to visit Angola for his story. Angola, a former plantation farmed by slaves from the African nation of Angola, is a symbol of the exceptional nature of Louisiana's justice system.

The state has a higher incarceration rate than any other U.S. state, Franks said. It's been at the fore-front in terms of moving prisoners into long-term solitary confinement.

"No one from the prison service or state attorney general's office wanted to speak to us," Franks said.

Scott Ford, the police chief in nearby St. Francisville, said he doesn't mind keeping murderers in a prison where they see an hour or less of a daylight per day.

"I'm probably a little more on the other side that says that one hour that you're letting them see the sunlight, if we could shave some time off that, that's better," Ford said.

Long-term solitary confinement, however, comes with major costs and, some argue, isn't even constitutional.

Pascal Calogero, the former chief justice of the Louisiana Supreme Court, said he's sure there are reasons for temporary solitary confinement — safety of other prisoners, for example.

"Solitary confinement, for a lengthy period of time, has to be, in my view, against the law," he said.

But it's a long way before that issue is decided.