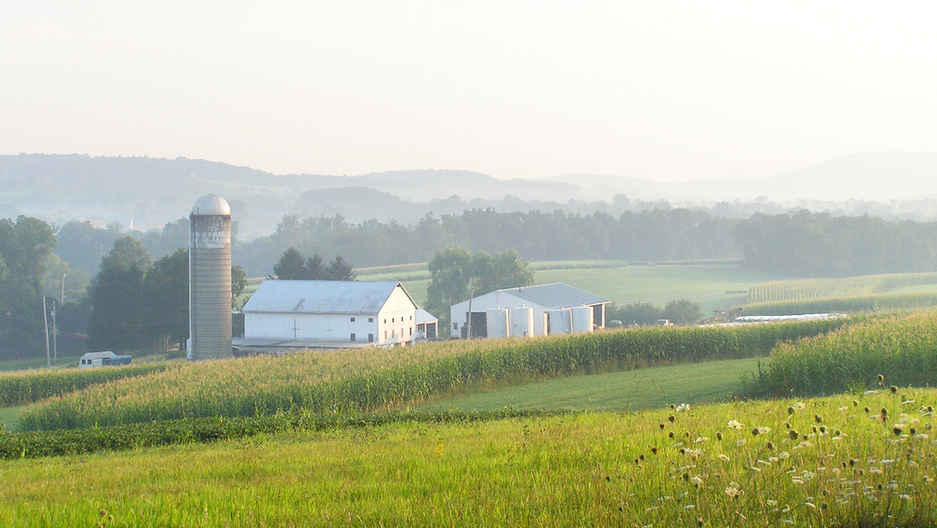 The CRP is aimed at conserving "highly erodible" agricultural land by renting acres from farmers and planting grasses and trees, rather than crops. (Photo from Flickr user Mark Lehigh.)

Farmers in the United States are being offered more money to "idle" their land, rather than grow crops, through signing bonuses offered by the federal government.

It's part of the United States Department of Agriculture's Conservation Reservation Project. Under the project, farmers plant grasses and trees rather than crops in an effort to prevent erosion and protect the nation's natural resources. Virgil Schmitt, a field agronomist at Iowa State University, said about 15 percent of the projects acreage in 2007 was lost in 2010 because farmers pulled land out of the program.

"We ended up in a situation here for about three years where the economics were so skewed that it was almost financially prohibitive for many people to stay in the program," Schmitt said. "And now the government upped the ante just a little bit to the point now where they're closing the gap."

Many farmers in Iowa find it more financially rewarding to grow crops like corn and soybeans and sell it to China. Farmers who choose to do this must exercise caution and follow a conservation plan, or risk losing government benefits.

"Every farm has a conservation plan if it has highly erodible soils on it. Again, this is an incentive-driven thing, but basically the incentive is if you do not abide by your plan, then you are not eligible for other government benefits through the United States Department of Agriculture," Schmitt said. "So if we have a major drought, or in the last few years we've had some major flooding, people would not be eligible for disaster assistance to get their business up and running again."

The increase in funding for famers enrolled in the project could help steer them away from pulling out of the program — or putting their government benefits at risk. The federal government is hoping their plan is enticing enough to bring 1 million new acres of land into the program.

"Basically, as we take a look at value per acre that they're paying right now, in Iowa last year it averaged $164 an acre, and if you go back just a couple of years, they were down to about $120," Schmitt said.

The CRP is aimed at protecting "highly erodible land," which includes uneven land, unproductive land that may already be eroded or land near wetlands or grasslands, rather than large plains, according to Schmitt. According to the USDA's website, this means land must be in a designated "conservation priority" area, have an erosion index of 8 or be expiring project acreage.

Opponents of the project have claimed since its inception in 1985 that it's designed to "pay farmers not to farm," criticizing the cost the program has on the taxpayers. However, the USDA believes land conservation is worth the cost and hopes the increased incentive to farmers encourages enrollment in the CRP.