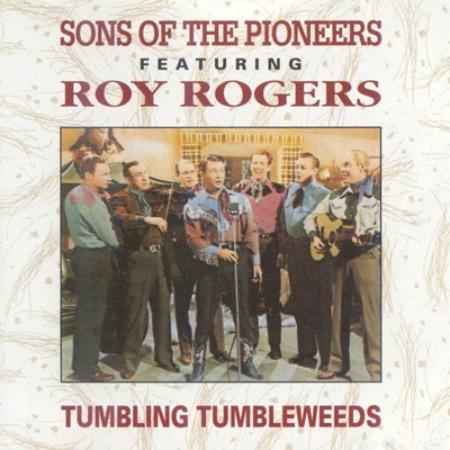 The Sons of the Pioneers pioneered one of the strangest branches of American music: singing cowboys. Their 1934 song "Tumbling Tumbleweeds," made popular by a Gene Autry film of the same name, was written by Bob Nolan, a Canadian by birth who fell in love with the American West when his family moved to Tucson.

I'll keep rolling along
Deep in my heart is a song
Here on the range I belong
Drifting along with the tumbling tumbleweeds.

Decades later, Joel and Ethan Coen included the song in the tale of a ramblin' slacker known as The Dude, in The Big Lebowski. And decades after that, the Sons of the Pioneers are still with us, entertaining audiences with the nearly lost art of male harmony. "We've had 33 members in 77 years," says Gary LeMaster, a 31-year veteran. The song "can paint a picture. You can close your eyes when we're singing this song and picture what we're singing about."

"Tumbling Tumbleweeds" was inducted into the Library of Congress' National Recording Registryin 2011.

This story was produced byBen Manilla and DevonStrolovitchfor BMP Audio.