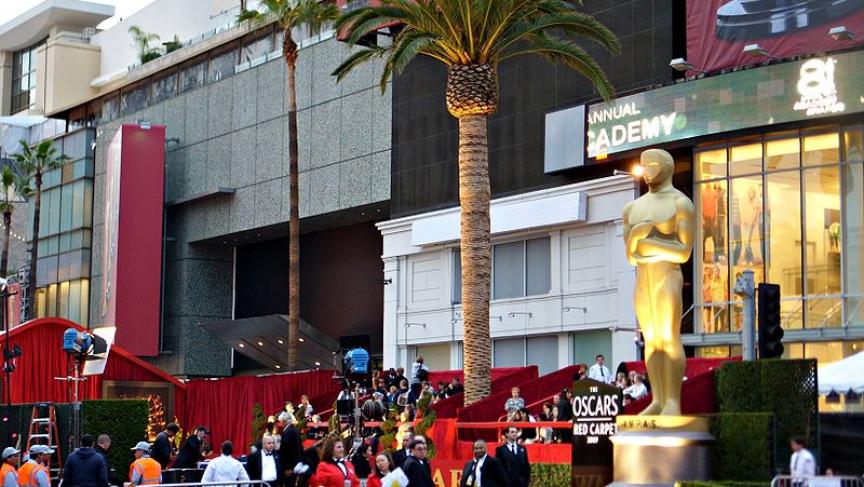 Workers prepare for the 81st Academy Awards in 2009. This year's award will be the 84th. (Photo by BDS2006 via Wikimedia Commons.)

Movies about yesterday were the big winner in the nominations for the Academy Awards, which will be handed out next month.

On Tuesday, the Academy of Motion Picture Arts and Sciences announced the nominees for its Oscar awards, and most of the nominees, especially in the Best Picture category, are from movies set in the past.

Martin Scorcese’s “Hugo,” set in 1930s Paris, “The Artist,” a mostly silent film that the New York Times calls a “tribute to old Hollywood,” and “Midnight in Paris,” set in the 1920s, all pulled in a number of nods, with Hugo leading the way with 11. The Help, set in the post-World War II South, also picked up a nomination for Best Picture.

“I would say at least six are focused or set in the past,” said Boston Globe film critic Wesley Morris. “This collection of movies is saying something about how we don’t want to be here or like being here."

Here's a list of all of the nominees for some of the biggest categories. You can also download a copy of the complete list of nominees from Oscar.com.

The Tree of Life

Rooney Mara, The Girl With The Dragon Tattoo

Michelle Williams, My WeeK With Marilyn