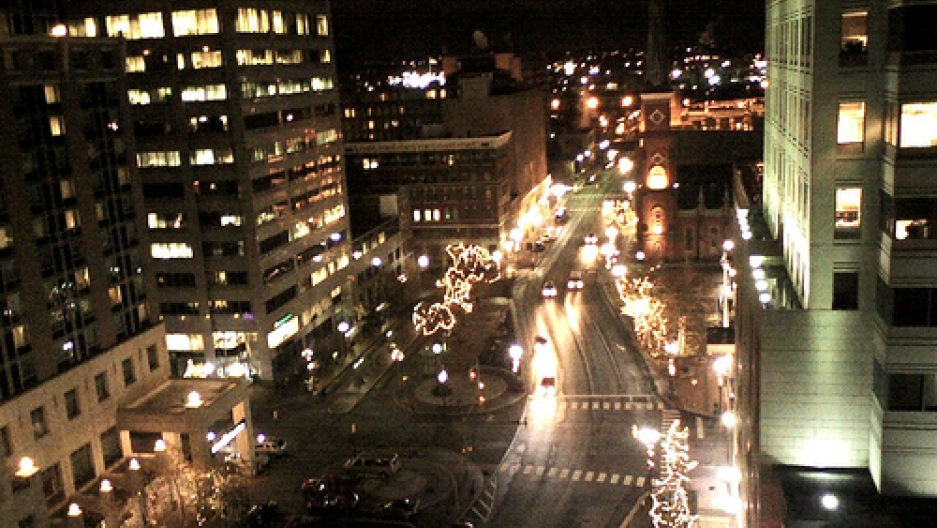 Harrisburg, Pa., is in a financial hole with a large debt load and a bankruptcy petition on file. (Photo by Joel Settecase via Wikimedia Commons, cc-by-sa.)

College students are more well-known, at least stereotypically, for how they waste their money, rather than for determining how a city should spend its cash.

But when Harrisburg, Pa., was on the brink of bankruptcy, a 23-year-old college student stepped in and saved the day. John Campbell was sworn in as the city's treasurer on Jan. 3, after being elected with a step-by-step plan to save the state's capital from financial ruin.

Campbell, who is pursuing a dual degree in business and economics, said citizens seemed to be looking for new ideas and a fresh face when they chose him as their next treasurer.

"When I had announced my candidacy, with my educational background, in addition to my professional background as a nonprofit executive, it felt like it matched," Campbell said. "That's why I ran."

Campbell won easily in the city which faces a debt load of about $317 million. The city filed for bankruptcy protection in October 2011.

"We need somebody who understands how to implement smart technologies, to be able to manage our revenues better," he said.

Campbell said he believes, though is not sure, that the city of about 50,000 people has more debt per capita than any other city in America.

"This is a huge task we've undertaken," Campbell said. "My job, although I don't have the legislative action a city council does, is to truly advocate ... and provide fiscal policies that are going to move us forward."

Campbell suggested implementing commuter taxes, reducing expenses and better managing cash flows as a way to get things on a more sound footing.

His goal is to try and explain to the mayor and the city council what he, with his background both practically and academically, thinks is the most financially prudent way forward.