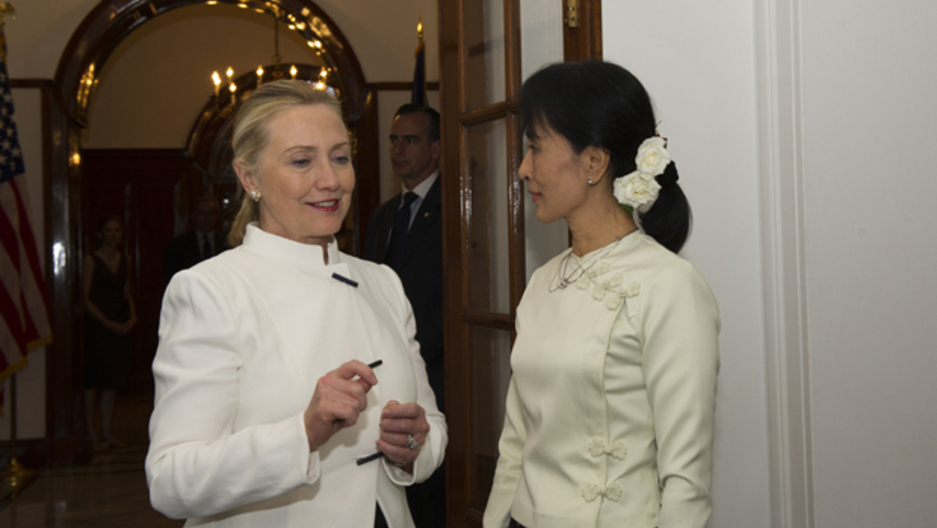 Share
Longtime Myanmar observers have watched the changes happening in the country over the past five months–the government dialogue with Aung San Suu Kyi, reform of labor laws and opening press freedoms, the halt to construction of a wildly unpopular damn, the recently-announced ceasefire with the Karen National Union–with very cautious optimism. In the past day, as the country's most well-known political prisoners have been set free, that optimism has grown a little less cautious. "It is very significant," said David Steinberg, a Myanmar expert at Georgetown University. He says the fact that Khun Tun Oo, a leader of the country's Shan ethnic minority was released will move the government a bit closer to reconciliation with the ethnic groups it has been fighting for decades. And the release of Khin Nyunt, a former military intelligence chief and Prime Minister who was imprisoned in 2004 after he made motions toward reform, could signal a lessening of infighting within the still hugely powerful military. Steinberg sees changes coming about in part thanks to new leadership in Myanmar. "You have a different leader as head of government–a person who is approachable, who will willingly meet with other people, and with whom you can disagree. Which was not the case under the Senior General Than Shwe," he said. Despite the announcement that the US is beginning the process of restoring an ambassador to Myanmar, which they haven't had since the late '80s, Steinberg thinks the US is unlikely to lift its sanctions against the country any time soon. But he says it could take some smaller steps like easing travel restrictions on members of the Burmese government. There was joy on the streets of Rangoon, Myanmar's biggest city, today, as throngs waited to greet prisoners being released from Insein Prison. But, despite this joy, and the strategic significance of these prisoner releases, people who have seen the Myanmar government up close and personal are skeptical. Nyi Nyi Aung is a pro-democracy activist now living in the US He spent several months in jail in Myanmar in 1988 and again two years ago. He's been talking to a lot of people in his home country over the past 24 hours and says that emotions are very mixed. "One side is they are really happy," he said, "because they see all the famous friends and comrades coming out from the prison-they are really free. So they are really happy about it. So one side is they worry–they are worrying for the future, next step." "We all have to note that we have been here before," said Soe Aung, a spokesman for the Forum for Democracy in Burma, speaking to the BBC from Bangkok. "In 2004 and last year there have been mass release of prisoners, but there are still more than 1,100 political prisoners who remain in prisons. There must be a legal and institutional reform to ensure that our friends, our colleagues that have just been released today are not re-arrested and then put in prison again." Murray Hiebert, Deputy Director of the Southeast Asia Program at the Center for Strategic and International Studies in D.C., agrees that a key test will be how much freedom these newly released political prisoners are actually given. "I think the other thing to watch will be to see what these people just released are able to do now," Hiebert said. "Are they able to participate in the political campaigns leading up to the bi-elections in April? Will they going to be very closely proscribed and basically not able to move around. So we have things to watch, surely." But, for today at least, there's hope.