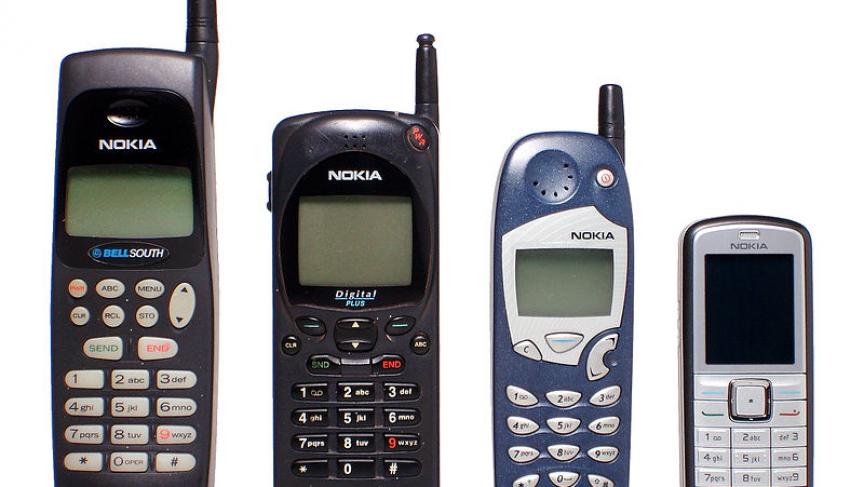 As Nokia's phones have shrunk, so has its marketshare, under pressure from other manufacturers and operating systems, like Apple iPhone's iOS. (Photo by Jorge Barrios via Wikimedia Commons.)

If you're like many Americans, you probably remember having a Nokia cell phone was one of your first.

At the time, it was probably made at the company's factory in Germany. Three years ago, however, the company moved its operations to Romania in an effort to cut costs as its market share dipped. While it's still the largest handset manufacturer by volume, it's been eclipsed in revenue.

And now, it's taking its cell phone manufacturing plant to China, in search of even lower costs.

Nick Thorpe, a BBC reporter, said Cluj, Romania, where the factory has been, was an economic powerhouse for the country for years, but it's grown to become the nation's second-largest city. Nokia's arrival in 2008 was supposed to take things to a higher level.

Owing to that promise, Nokia received the land where the factory was to be built for free, and the government paid to improve roads in the area and to build a new train station.

But in September, the company called it quits and its plan to employ as many as 18,000 people vanished. Romanian officials are looking to a European Union globalization compensation fund to help lessen the blow.

"More than 2,000 people were left without work, so the number of effected was probably triple that," said one city official. "Most didn't come from the cities, but from the poor, agricultural hinterlands."

Many families in those rural areas had both parents working for Nokia and now they'll be left with nothing.

"We can't do anything against their decision to leave, but you can say to your children that from such and such date, there won't be any bread on the table," the official said.

Nokia has taken steps to try and soften the blow of its decision to close. Employees will remain on the payrolls until the end of March, and they're getting some training for new jobs. They're also negotiating to sell the property to a new buyer, potentially leading to new jobs.

"All we can hope for is those talks succeed," a trade union official said.