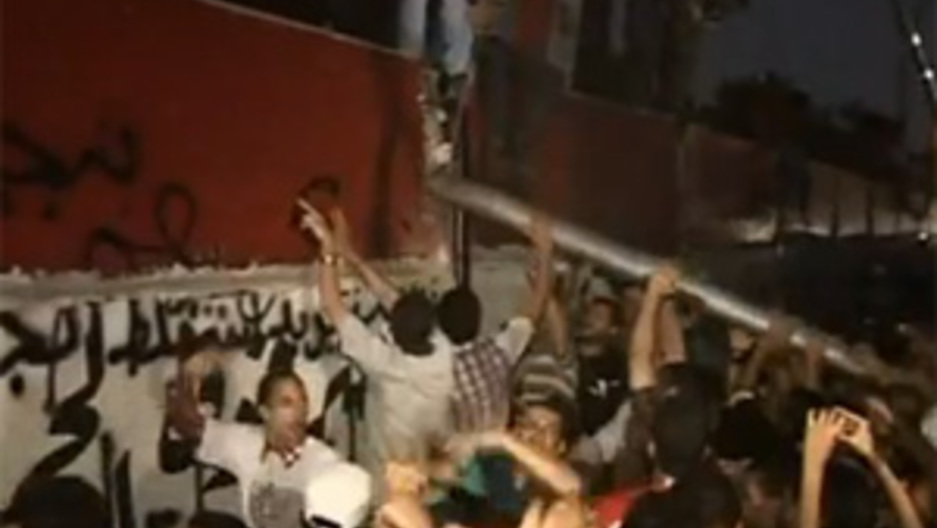 Share
by Derek Stoffel Turkey's Prime Minister visited Cairo, Egypt on Monday. Recep Tayyip Erdogan's trip couldn't come at a more tense time. There were violent demonstrations in Cairo over the weekend. The Israeli embassy was attacked, and most of that country's diplomatic staff were evacuated. Erodgan went to show his support for the overthrow of the Egyptian president Hosni Mubarak earlier this year. And to sympathize. Many in Egypt are angry after five of their police officers was killed when Israeli troops went after gunmen who launched an attack last month. Omar Ashour is a Middle East analyst at the University of Exeter in England. He said Erdogan's trip is well-timed. "I think he will get an extremely warm welcome on the unofficial popular level — and from the political parties and political groups," Ashour said. "Many of the Islamist groups perceive him to be a bit of a model to pursue. Many of the nationalists leftist groups are happy with his position regarding Israel after the Marmara attack." That attack last year has led to what some analysts call a new low in Turkish-Israeli relations. Turkey is angry that Israel refused to apologize for the deadly raid on the Mavi Marmara, a Turkish ship that was trying to deliver aid to Gaza. Israel expressed regret for the loss of life, but officials have said they have nothing to apologize for. On the weekend Erdogan called the attack "grounds for war," but the Turkish leader said he opted instead for a diplomatic solution to the incident. Relations between the two countries recently though are anything but diplomatic. Turkey kicked Israel's ambassador out of the country last week. Israel has been left isolated by the Arab spring, and so it walks the difficult line of defending its security, while not further isolating one of its few regional allies. Mark Regev speaks for the Israeli government. "Historically, Jewish people and Turkish people have a very strong relationship, but we've had problems over the last few months, maybe even longer and that's regrettable," Regev said. "We're willing and want to see an improvement in the relationship, we hope it's still possible." No doubt many here in Israel will watch Erodogan's visit to the three Arab nations this week with much interest. Analysts such as Bertrand Badie of the Center for International Studies and Research in Paris believe the Turkish prime minister wants to be a bigger player. In fact, he said we're witnessing the "birth of a regional power." "Turkey's probably trying to take benefit from the political vacuum in the Arab world as Turkey is more and more powerful in the region," Badie said. "The relationships between Turkey and its Arab neighbors — as well as Israel — will be less warm but probably more efficient and probably more powerful." That is a clear worry in Israel, as Erdogan has strongly backed the bid by Palestinians for statehood at the United Nations. For its part, Washington has appealed for restraint from both the Israeli and Turkish governments.