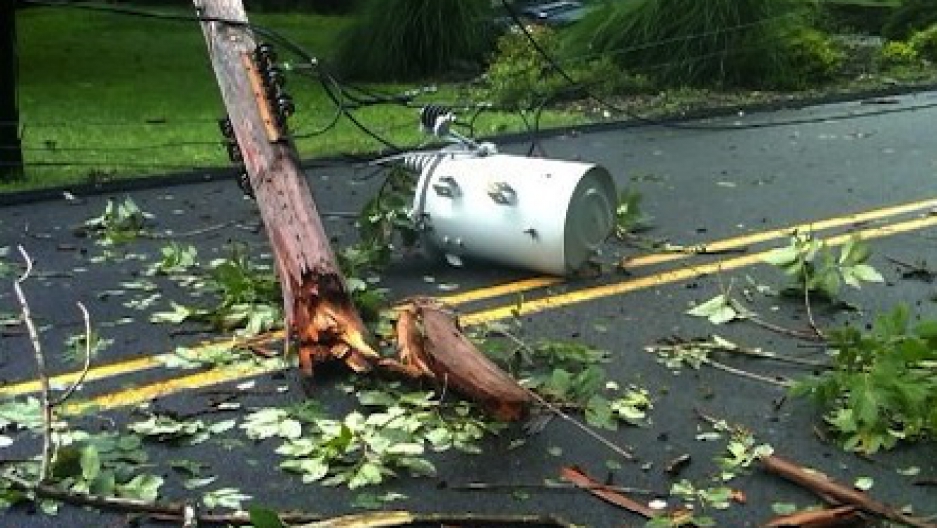 Story from The Takeaway. Listen to the audio above for the full report.

The United States has been caught unprepared by some of the recent natural disasters. "I have no grocery store," Alisa Shaffer, from Prattsville New York, told PRI's The Takeaway. "My children can't go to school next week, because the school was flooded. The gas station is not open. Our entire way of life has completely changed because of this."

"The extent of the destruction is the result of a generation of very bad land-use policies throughout the United States," according to Bob Hennelly, senior reporter for WNYC and Stucknation columnist, "but particularly in the North East corridor." He points out that since the 1770's, the 13 some odd states have lost anywhere from 70 percent to a third of their wetlands, they've had dramatic losses of farmland, forest land."

Forests and wetlands "act as natural sponges," Hennelly reports. "They're ultimately your most cost effective, water-control mitigation infrastructure." And they've been disappearing from the American landscape.

The problems are also the result of two factors: urban sprawl and utility integration. People have been living further and further away from urban centers, while utilities have been trying to cut down on the costs of up keeping their businesses. There is no easy way to deal with both of these problems.

"I think we're seeing the end of the suburban narrative," according to Hennelly. "It might be just too expensive to carry."

Here's what some folks had to say about this topic on PRI's Facebook page:

Marian Johnson: Flagstaff can barely fill pot holes in streets, let alone pave in neighborhoods who haven't had their roads paved in over 10-15 years, other than patching.

They had a bunch of water mains breaking in the last two years. The gas an electric are maintained by other companies - Unisource and APS. I feel fairly confident in APS. I haven't heard much about Unisource - I know I see them marking gas lines, and doing work quite a bit, but also, we are located in the mountains. They kind of have to, logically.

Bruce Golightly: Pittsburgh is NOT prepared. The combination of political corruption and corporate greed has, over the years, left the city ripe for a major disaster. Broken water and sewer lines, downed power lines, poor road construction and maintenance and inefficient snow removal are common place events. We've had fatalities because the storm sewers are not properly maintained very recently during a heavy rain. Areas of the city have been left without power for extended periods of time after storms. Local government and the utility companies seem to have little interest in correcting the issues.