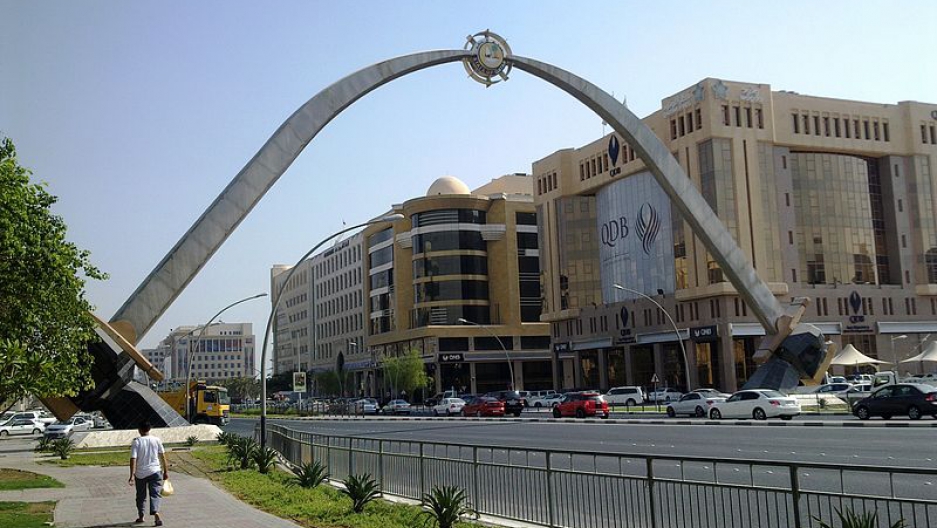 Qatar is the tiny Arab emirate that's been playing a major role in the democratic rebellions across the Middle East.(Photo by Wikimedia user RajeshUnuppally (cc:by-sa))

Story from Here and Now. Listen to the audio above for the full report.

"Qatar rescued us," is what one of the heads of the Libyan opposition said this week when asked how the rebels have financed their fight again the Gadhafi regime.

Qatar is the tiny Arab emirate that's been playing a major role in the democratic rebellions across the Middle East. It's only about a third bigger than Delaware and has only around 2 million people. But it's proving more critical in the region, in many ways, than its heavyweight neighbors like Saudi Arabia.

"Anywhere you look in the Arab world today, there is a Qatari foothold," according to Lawrence Pintak, Dean of the Edward R. Murrow College of Communications at Washington State University. Not only is the country home to Al Jazeera, one of the most influential media outlets in the Arab world, it is also becoming a major political player in world events.

In the recent Libyan uprising, Qatar "jumped in right from the beginning," Pintak told Here and Now. "They provided six jets for the no fly zone. They started helping the rebels sell Libyan oil to support the rebellion. They created a base for the rebels in Doha, a political base. And they even set up a TV station for them. Libyan TV based in Doha, Qatar."

The country may be able to benefit economically from Libyan oil, but what may be more important, according to Pintak, is that the Qatari role is establishing it as one of the predominant players in the Middle East. Pintak says, "it continues to build this image that all roads lead to Doha."