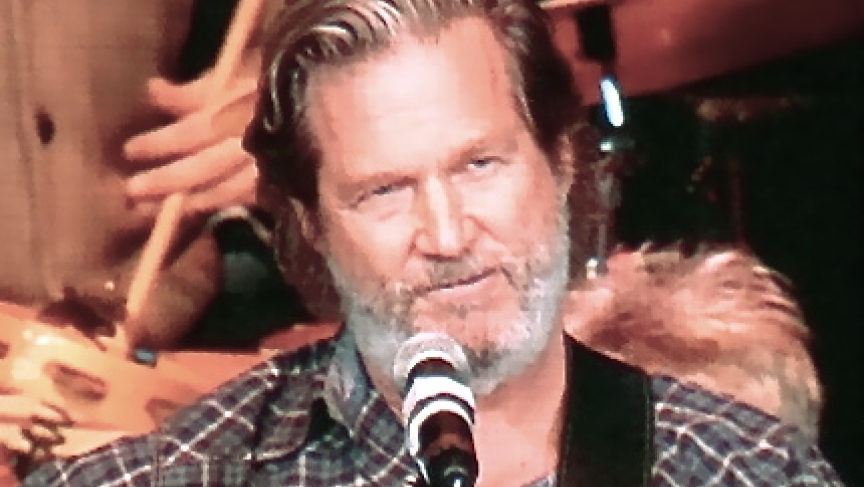 Story from Studio 360. Listen to audio for full report.

Jeff Bridges has been playing music since his teens, but he says that playing the singer/songwriter Bad Blake in "Crazy Heart," prompted his latest creative effort. "I put an album out, oh, about ten years ago, as well, so music has been a big part of my life for a long time," says Bridges. "But you're right. I did figure after this movie, the turf was kind of primed for making an album. If I ever wanted to make one, now was the time."

Bridges sees many similarities between producing a great film and a great album. "Casting: it's about 99% of the whole deal -- bringing the artists together and then kinda letting them rip." As co-musicians for his album, Bridges "cast" the voices of Rosanne Cash, Ryan Bingham, Sam Phillips and Benji Hughes. Continuing the metaphor, Bridges says, "I looked to T-Bone [Burnett, who produced the album,] as a director. And what I'm looking for in a director is someone who can create the environment for everyone to do their best work."

Throughout Bridge's career, he's made an effort to be diverse in his projects, and the album fulfills that goal. He says he learned this lesson from the career of his father, Lloyd Bridges. A Shakespearian and comedic actor, Lloyd Bridges found himself being typecast after his successful portrayal of "Mike Nelson" on the 1960 television show, "Sea Hunt."

"I do my best to shift my characters around from movie to movie," explains Bridges, "so I remember, after "Lebowski," it was wonderful to play the President of the United States in "Contender."

While his album does not have him playing a new role, Jeff Bridges says that performing as himself isn't so different from making music as "Crazy Heart's" Bad Blake. "I'm a character too. We're all characters you know."