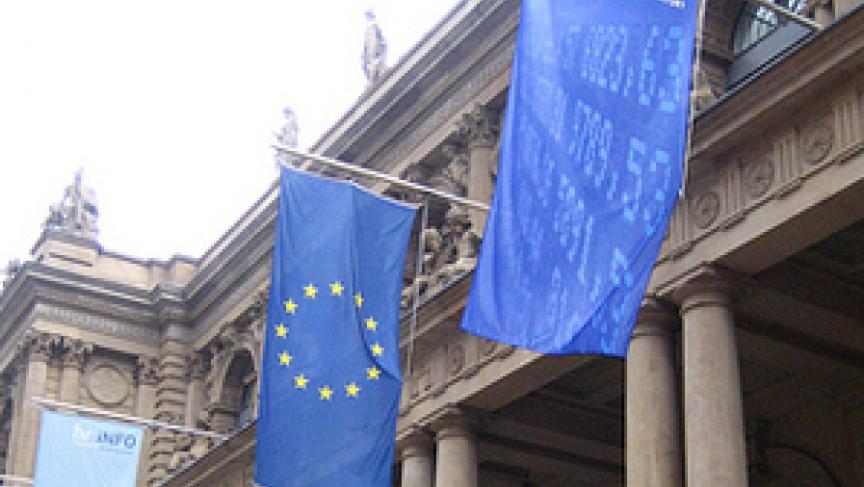 Story by Gerry Hadden, PRI's The World. Listen to audio above for full report.

The US House of Representatives has passed a bill to raise the federal debt ceiling by a vote of 269-161. The Senate is expected to vote on the legislation on Tuesday.

But ratings agencies have reacted negatively to the drawn out wrangling on Capitol Hill. And in Europe, some see the eleventh-hour package of spending cuts and tax hikes as too little, especially compared to the austerity packages some European governments have already approved.

Since World War II, the dollar has been the preferred mattress under which the world has stuffed its money. In times of crisis, investors take shelter in bonds issued by the world's largest economy. But the partisan squabbling in Washington has made many Europeans nervous.

Christine Lagarde, president of the International Monetary Fund, told CNN this week that the dollar's reputation has been tarnished. "There was a positive bias towards the USA, towards treasury bills,"Lagarde said. "That was the case historically. And the current crisis is probably chipping into that very positive bias. I mean it was unheard of that only six months ago that the United States could be under negative watch by the ratings agencies."

Now, the rating agencies could downgrade US treasuries from their top-notch triple-A status. Economics reporter Richard Adams, of the British newspaper The Guardian, said the ratings agencies have reasons to be wary.

"My guess is that the structure of the cuts that are being talked about in America are in no way like austerity measures we seen in say, the UK," Adams said. "For starters, the deal that was done last night, in the first year the cuts are relatively minor. And they've pushed the cuts further and further into the future. It's over a ten-year horizon."

So the debt deal may not appease the ratings agencies, and that seems only reasonable to many Europeans. After all, those same agencies have downgraded Ireland, Greek and Portugal to junk status. And their austerity packages have been more drastic than what the US is proposing.