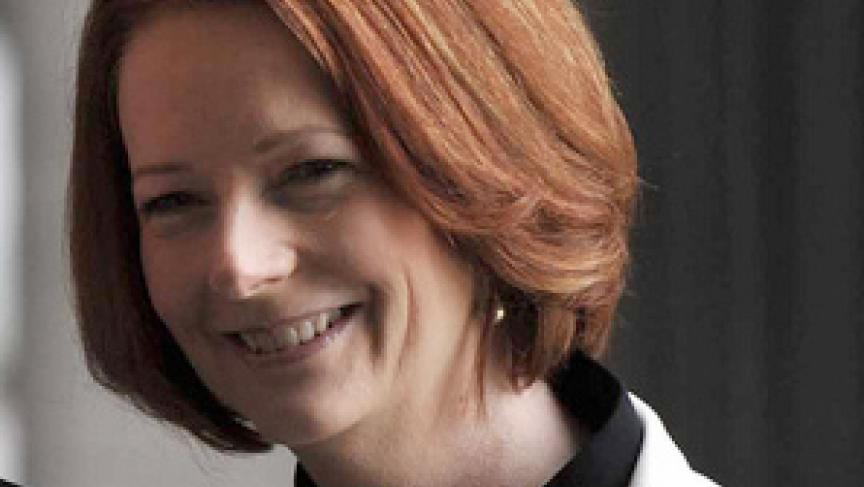 Share
By Jason Margolis No other major country emits more carbon dioxide pollution per person than Australia. Those emissions come largely from Australia's big coal, mineral, and agriculture sectors. Now, the Australian government has unveiled plans to impose a tax on carbon emissions for the country's worst polluters. "We will require around 500 big polluters to pay a price for every ton of carbon pollution they put into our atmosphere," said Australian Prime Minister Julia Gillard at a news conference. "At the moment those big polluters can release that pollution into our atmosphere for free." The proposal will tax carbon emissions at about $25 a ton, and it comes after months of gruelling negotiations within Gillard's coalition government. The government officially calls it putting a price on carbon, avoiding the word "tax," which has not been well received in Australia. By whatever name, many farmers are among the Australians most opposed to the idea. At a cattle auction in the small town of Griffith, I got an earful from people there, complaining about their government. "They just, I don't know, they've just gone off their rockers, haven't they?" said 62 year-old Jim Jackson, who has worked in agriculture his whole life. Jackson, and many others I met in Griffith, said the government's plan is too severe. And Jackson says Australians' carbon emissions are a drop in the worldwide bucket. "The amount of carbon that we actually produce for 20 million people, it's bulls*#t," Jackson said. (Australian population is approximately 22 million.) Jackson is also among the vocal minority of Australians who refute accepted climate science. But other opponents just think a carbon tax is the wrong way to solve the problem. Mitch Hooke, the chief executive of the Minerals Council of Australia, said he favors the European "cap and trade" system. Under that scheme, governments set a carbon pollution cap. Then companies pay a penalty if they pollute, or get money back if they're under the cap. Hooke says a straight tax puts Australian companies at a disadvantage. "It means that companies will strategically deploy capital where it can be best utilized," Hooke said. "And if it means that they can move their resources and their business activities to a country that doesn't have the same kind of constraints, then that's what happens. And so they take their business activity offshore and their emissions with them," That argument doesn't hold water among many economists. Frank Jotzo, director of the Center for Climate Economics and Policy at the Australian National University in Canberra, said it's a myth that industry will pack up and leave Australia. Jotzo said Australian industry has fought any climate plan for years, and has had plenty of time to prepare for this day. The Australian carbon tax is also slated to transform into a European-style emissions trading system after three years. Meanwhile, Jotzo points out, the Australian plan would invest some of the carbon tax revenue in efficiency and renewable energy projects. "If you take a long view, there are tremendous opportunities for Australia, because Australia is also one of the countries that has the greatest potential for renewable energy, for zero carbon energy of the world," Jotzo said. "Because we've got all this land, and the sun shines, right? It's pretty much as basic as that." Other high-emission countries, and climate policy watchers, will be watching the economic impacts of Australia's move closely. Alden Meyer, with the Union of Concerned Scientists in Washington, said he can't predict if the new carbon plan will spur other nations to take action. That said, Meyer did offer a prediction of the reaction in Washington, which has so far produced no plan to limit carbon emissions. "It's hard to say that what happens in Australia is going to change the dynamic in the current Congress, certainly in the House," said Meyer. "The current Republican leadership in the House of Representatives is going after anything with the word 'climate' in it. And there are a significant number of those members who assert that climate change is not even real or human induced." The Australian carbon plan next goes to the country's parliament for a vote, where it's widely expected to pass.