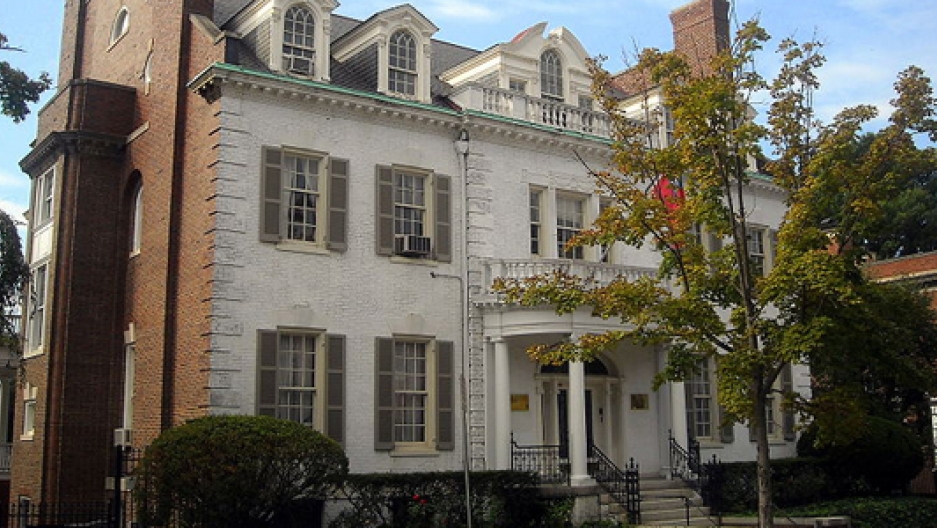 Share
By Bruce Wallace Until this week, Kyaw Win was the second-highest ranking diplomat at Myanmar's embassy in Washington, D.C. He'd served the Burmese government for 31 years. But on Monday, July 4, Win said he had had enough. Win sent a letter to Secretary of State Hillary Clinton and, in language stunningly frank by diplomatic standards, condemned the actions of the Myanmar's government, and told her of his plans to defect and seek political asylum in the United States. Win's reasons were, in part, political. In the letter he wrote, "It has always been my hope that democratic reform could finally be realized in my country." He said he lost that hope after Myanmar's elections this past November. The government declared the elections free and fair but international observers said they were neither. Win wrote: "The military continues to hold uncontested power, and democratic change under this system will not happen in the foreseeable future." I spoke with Win this week. He asked me not to record or to play his voice over the air. But he said of Myanmar's government, "If we push them enough to change they will change, if we don't push them enough they will be the same as before." One thing Win's action might do is give the U.S. a powerful talking point, according to Sheridan Prasso, a professor at the School of International and Public Affairs at Columbia University. "To have a senior level diplomat defecting to the U.S. and supporting the main U.S. foreign policy positions towards Burma, which include a push for more democracy, an urge for more openness and political freedom-and religious freedom, and also a much broader improvement of human rights conditions, is in fact, essentially a propaganda coup for the United States." Some say this might be an opportune moment for just such a coup. Aung Din, a former political prisoner and head of the pro-democracy group U.S. Campaign for Burma, said since the elections, many have been waiting to see if Myanmar's government is truly committed to reform. He said the international community should stop waiting. "The defection of Kyaw Win is a kind of timely reminder to them – whatever you believe in the new so-called 'civilian government' is just wrong." But Win's reasons for leaving his job and seeking asylum were personal, too. Since arriving in Washington, he had developed a reputation for being willing to listen to critics of Myanmar's government, rather than just informing on them. "He tried to reach out to the Burmese community in Washington," said Din. "He came frequently to the Buddhist monastery in Maryland. If there was a protest in front of the Burmese embassy, he listened to those protesters and he said 'Okay, I will deliver your demands to my government, this is [the] only thing I can do'." The government in Myanmar apparently didn't appreciate the reports. In his letter to Secretary of State Clinton, Win wrote that he had been "deemed dangerous by the government." He added, "Because of this, I am also convinced and live in fear that I will be prosecuted for my actions, efforts and beliefs." What happens next for Win is anybody's guess. The State Department isn't commenting on the case except to acknowledge that it received his letter. U.S. Citizenship and Immigration Services, the agency that would process his asylum request, wouldn't discuss the case. Myanmar's Embassy in D.C. didn't respond to my request for comment. Sheridan Prasso said she thought Win has a good chance of getting asylum. The recent past offers a less rosy possibility. Aung Lynn Htut was the top diplomat at Myanmar's embassy in Washington in 2004 when he defected and applied for asylum. He said he feared persecution if he returned home. His request was denied, for reasons he doesn't understand. He has been living in limbo in a D.C. suburb ever since.