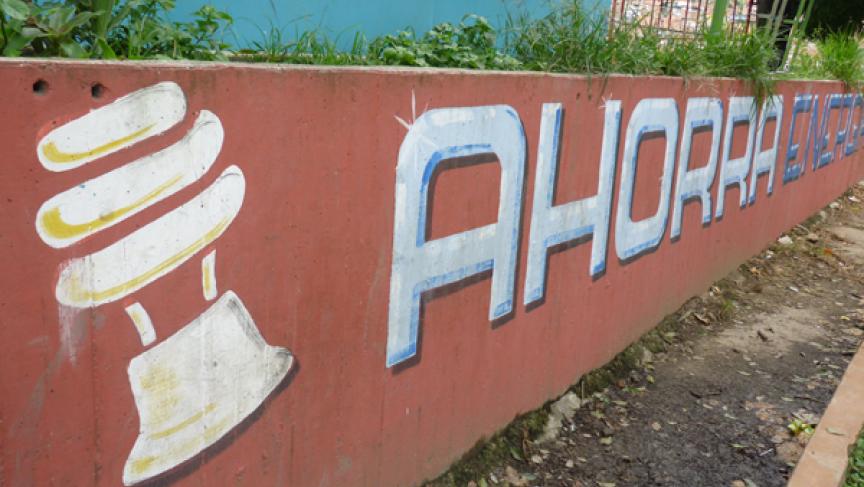 Share
By John Otis Oil-rich Venezuela is also home to huge natural gas reserves and massive hydroelectric dams. But for all that energy, Venezuela can't produce enough electricity to meet demand. The result has been blackouts, energy rationing, and economic disruption across huge parts of the country. Ingrid NuÃ±ez, human resources manager at Dematorc, a factory in the Venezuelan industrial city of Turmero that manufactures nuts, bolts and screws, is in a good mood because today's power outage lasted just 10 minutes, and the factory is up and running. She said that the lights often go out for five to six hours, or for the entire day. But even when there is electricity, Dematorc can't always get the raw material it needs to make nuts and bolts, because power cuts at Venezuela's main steel plant have led to periodic steel shortages. As a result, Dematorc's output and workforce have been reduced by half. "If this situation continues," NuÃ±ez said, "the company may have to close down." Dematorc is one of thousands of companies, hospitals, schools and neighborhoods affected by years of blackouts and energy rationing. The socialist government of President Hugo Chavez completely controls the power sector – it's even named a minister of electrical energy. Yet the government downplays its own role in the crisis. Officials first blamed a spike in demand amid rapid economic growth. Then came a 2010 drought that reduced water levels at the country's hydroelectric dams. But lately the economy has slowed down and torrential rains have filled the dams. So now the government is pointing fingers at the opposition. In speeches, Chavez often claims that electrical plants are being sabotaged by his political foes to make his government look bad ahead of next year's presidential election. "They think that by sabotaging an electrical plant or a transmission line, people will stop voting for the revolution. But they are very wrong," Chavez recently said. Yet so far, no evidence of foul play has emerged. Another government strategy is to target consumer waste. Government-sponsored ads encourage people to switch off lights and appliances. Yet there's been little incentive to conserve. Subsidized rates mean monthly electricity bills for most households range from a few dollars to nothing. But after a massive power outage hit western Venezuela over the past weekend, the government announced measures to reduce electricity consumption by 10 percent. Hefty surcharges will be imposed on users who fail to cut back. Critics, like electricity analyst Jose Manuel Aller, say the problems stem from bad decisions, poor planning and inadequate investment in the grid, partly due to those rock-bottom light bills. A prime example, Aller said, is the Guri hydroelectric complex in eastern Venezuela, which generates 70 percent of the country's electricity. Aller said not all of that power reaches the rest of the country because of the poor state of transmission lines. On top of that, Venezuela has focused on exporting oil rather than developing a new generation of oil-powered thermoelectric plants. The government is now scrambling to build new facilities. But due to mechanical breakdowns, experts say the country's aging plants are running at less than half capacity. Amid the power outages, some Venezuelan businesses are taking emergency measures. Fanagram is an animal food plant in the central city of Cagua. Despite electricity cuts every other day, production here continues – thanks to a diesel generator. It cost $20,000. But without it, Fanagram would be in dire straits, said the plant supervisor, Mauricio Power. "Any business that doesn't have a generator," Power said, "is at the mercy of government officials who decide when to turn the electricity on and off."