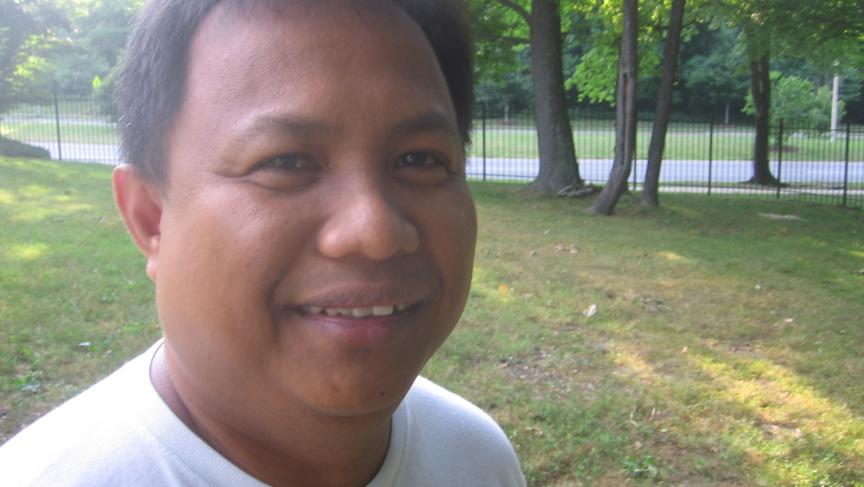 Share
By Eric Niiler Gelmer Suganob has been teaching special education classes for four years in Prince Georges County, a suburban district near Washington, DC. The Filipino teacher started an autism program in a local middle school and received glowing job reports. He's one of thousands of foreign teachers who have been filling the ranks of US classrooms for the past few years, spurred by a shortage of American teachers and new testing requirements for math, science and special education. Like Suganob, many of these teachers come from the Philippines. They're hired by recruiting companies in their home country and pay big fees to land lucrative jobs in the US. But despite his stellar reviews, Suganob recently got a double dose of bad news. He received a call telling him that he had overstayed his visa, and that he no longer had a job. "Of course, I was so shocked about it," Suganob said. Suganob was told that his visa had expired back in August 2010. Suganob said he had been applying for an extension of his H-1-B visa with Prince Georges school officials since July 2009. It's the same kind of visa used by high-tech workers, doctors, and other skilled professionals. E-mails between Suganob and district school officials confirm his account. He's since found out that the district didn't file his paperwork properly. As a result, Suganob learned that he's been here illegally for 10 months. "I'm kind of nervous that immigration will come to my door and knock and say, okay, we have to handcuff you, we have to deport you," Suganob said. He added that he trusted the school district to take care of things. There are about 1,000 foreign teachers in Prince Georges County and Suganob says he knows of at least two others who are still teaching on expired visas and there may be dozens more. The foreign teachers here also have another problem. They each paid recruiters thousands of dollars to get here, money that the school district should have covered. The US Department of Labor ruled in April that the foreign teachers in Prince Georges County are owed nearly $6 million. But the county doesn't have the money. It has stopped hiring new foreign teachers, and suspended all visa extensions. School district spokesman Briant Coleman said he could not comment for this story because of the pending legal case. Worried About the Future Lewis Robinson, director of the Prince Georges County Education Association, the local teacher's union, said the Filipino teachers are worried about their future. "They're absolutely intimidated by the entire process and afraid, and they recognize that they are caught between a rock and a hard place," Robinson said. He said teachers came here because of the salaries – up to 20 times what they could make back home. The teachers figured that with a clean record and hard work, they would be in line for permanent residence status or a sought-after green card. But that didn't happen. Now, federal authorities may revoke the county's power to sponsor foreign teachers; Prince Georges could lose all of them by 2014. Robinson said that county school administrators apparently didn't understand what they were getting into when they signed agreements with foreign recruitment agencies. "It's a wide-open, unregulated business where almost anything goes," Robinson said. "They have to consider the risk of entering into that kind of market where you don't have control of what happens in another country." Salary Violations Since 2005, the Department of Labor has cited 17 districts across the country for salary violations involving foreign teachers. In Baton Rouge, LA, teachers allege the recruiting company that brought them here held onto their US visas until they agreed to sign contracts that charged them huge fees to secure their jobs. Shannon Lederer of the American Federation of Teachers, who's studied the issue of foreign recruitment agencies, said the teachers' troubles started shortly after they arrived in the United States, and met with recruiters. "While their passports were out of the room they were asked to sign a second contract that they had never seen before they left stipulating additional fees and committing them not to speak against the recruiting agency," Lederer said. The federation and the local teachers union have filed a federal suit against the recruiting agency and the East Baton Rouge school district. Back in Prince Georges County, MD, Gelmer Suganob is just bitter about how things ended up. "I've been loyal and I've been trusting the county, and this is what I got," he said. After consulting with an attorney, Suganob decided to pack his belongings. He thinks about his Special Education students and the progress they made together. "I miss them, and the other day I received notes from them," he said. "What can I do? This is the end of my journey here." Suganob is preparing to return to Aklan Province, famous for its white sandy beaches. He said he'll be happy to see his family again after years away from home. But he admits he probably won't stay put for long. He's thinking about taking a new teaching job, this time in Canada.