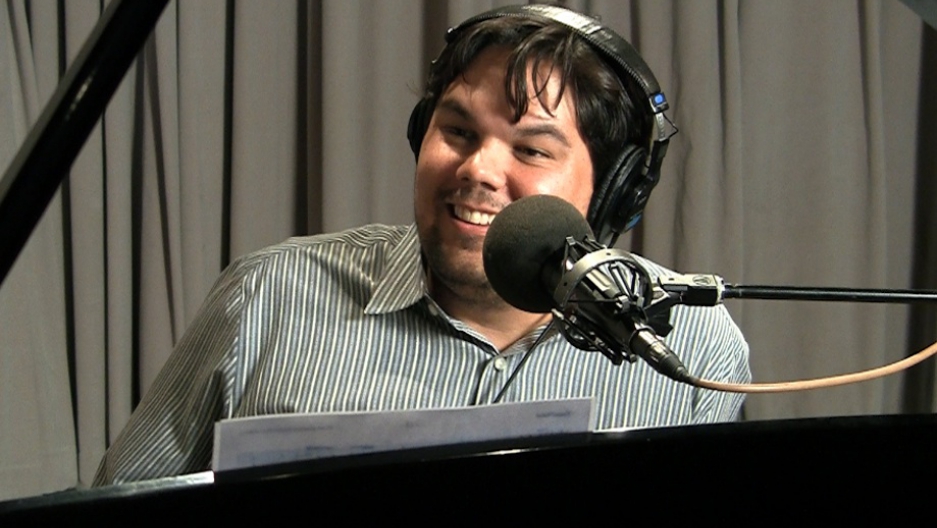 If you've ever watched South Park, you know that a few of Trey Parker and Matt Stone's favorite things are organized religion and musical theater. In 2003, they did a musical episode all about Joseph Smith and the founding of Mormonism. This year the show's creators upped the ante considerably -- exponentially would not be too strong a word -- with a Broadway musical: The Book of Mormon. It's up for 14 Tony Awards this weekend, including Best Musical and Best Original Score.

The show follows an odd-couple of Mormon missionaries who are sent to save Uganda. True to its provenance, it's got tons of profanity and shockingly vile jokes. But The Book of Mormon would not be such a gigantic success if it were a wall-to-wall naughtyfest: it has tremendous intelligence and heart. The show is a buddy movie in musical form, with friendship and love winning the day.

That mix of snarky and sweet is the signature cocktail of the musical's composer and co-creator Robert Lopez, who was also behind the long-running hit Avenue Q. Lopez sat down at the piano to show Kurt Andersen to talk about what makes Mormon tick.