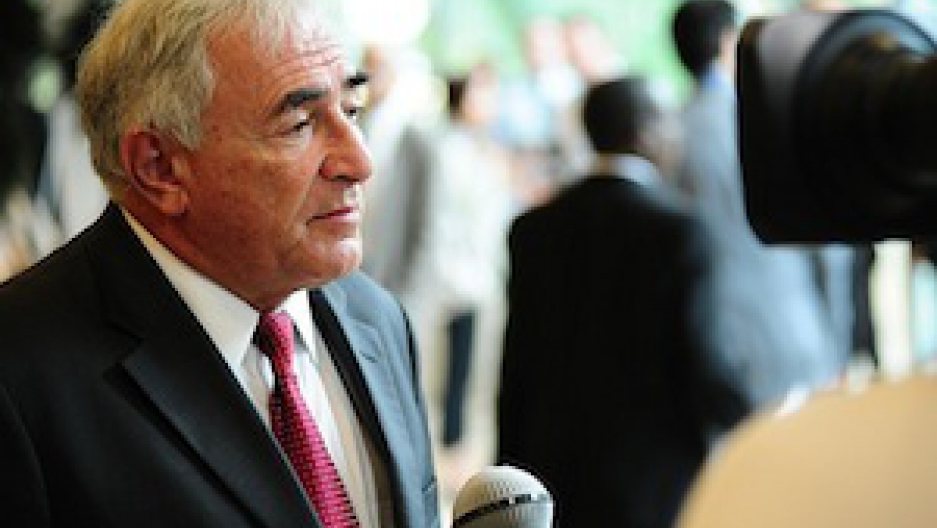 A European has always headed the International Monetary Fund, while an American has always headed up the World Bank. In the wake of Dominique Strauss Kahn's resignation over sexual assault charges, many are calling on this international order to change. Zanny Minton Beddoes of the Economist magazine, told Here and Now: "There is a very strong feeling that the traditional stitch up, if you will – that the IMF has been headed by Europeans throughout its history – must come to an end."

Anger over the traditional agreement has been growing in recent years, according to Beddoes. Emerging countries don't believe it reflects "their growing weight in the world economy," she says. "It's become very clear that the emerging economies want a more open, competitive, meritocratic process."

Some officials have said that the next head of the IMF should come from an emerging economy. Others believe the process should simply be more open. Beddoes says, "what they're very against is the idea that there is a presumption that it ought to be a European."

The European economies have "closed ranks," according to Beddoes, fighting for the European tradition to continue. Many have chosen French finance minister Christine Lagarde as the heir apparent.

"The crucial role I think will be played by the Americans," according to Beddoes. And Treasury Secretary Timothy Geithner recently released a statement saying, "We want to see an open process."

"The most important thing now for the credibility of the institution is that there is an open process for the new managing director," Beddoes stressed. "One might end up with a European in the end, but I think the most important."

That open process is critical to the fund's credibility. "In the real world of international negotiations, nationality clearly plays a role," she says. "And I think it's sort of Pollyannaish to suggest that it's not going to play any role." But the IMF should be seen as something close to an impartial arbiter.

For that to happen, Beddoes says, "I think it's very very important is that the institution moves away from this presumption that it is a European, and that the Europeans just kind of get to choose among themselves who it will be and everybody else has to accept that."