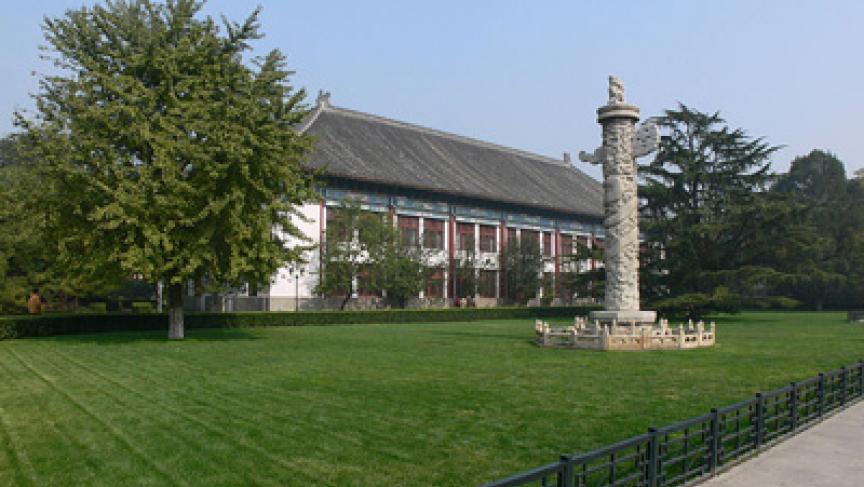 Share
By Mary Kay Magistad A new policy by one of China's top universities has sparked heated discussion online and even in some state-run media. Peking University announced last week that it will start to identify and offer consultation to, among others, students with "radical thoughts" or "eccentric" lifestyles. Peking University likes to think of itself as China's Harvard. One of its previous presidents said the university should promote independent thought. Here's a thought from one of its seniors, about the university's new policy: "I believe it's quite awful," said the student, who asked that his name not be used. "In my articles, I compare this environment with Nazi Germany, and Stalin Russia," the student added. "And do you know the novel called 1984?" He said it's like Big Brother is watching. This student, who hopes to study abroad next year, said he's mindful of what happened to a friend of his a few months back. He said when his friend said it was a good thing that imprisoned pro-democracy activist Liu Xiaobo had won the Nobel Peace Prize, Peking University pulled the friend's scholarship. Continuing Mao's tradition A political science professor at nearby People's University, Zhang Ming, was similarly derisive of Peking University's new initiative. "It's intolerable," he said. In his view, students should be radical, new ideas should be explored. The professor added that Mao Zedong, for all his talk of revolution, was never really interested in new ideas, just in his ideas. And the current leadership, he continued, are of that tradition. Peking University's Student Affairs Office declined to make anyone available for an interview about the new consultation policy. It pointed to a statement on its website, which says the school's intention was "to show love and care to every student, and help them grow in a healthy environment." Lili, a graduate student in international relations at Peking University, told me that she kind of believes that. "The university wants to keep every student kind of safe in China," she said. "Because if you speak something improper, maybe you will have trouble, being invited by officials in China's security administration, those kinds of things. So I think the university just wants to protect its students from being involved in something improper that could hurt their future." She said she and other students were told last month not to go to sites where an anonymous Internet user had told Chinese to gather to start their own "Jasmine Revolution." That never really took off. Authorities responded to the call by flooding the areas with hundreds of police, roughing up and threatening foreign journalists who had come to see what might happen and, afterward, detaining dozens of lawyers and other civil rights activists. Crackdown Joshua Rosenzweig, head of research in Hong Kong for the Dui Hua Foundation, which documents and advocates for political prisoners in China, said this has been the biggest crackdown of its kind he's seen in nine years of doing this work in China. "The issue that's I think the most disturbing is, increasingly we've seen activists simply disappearing, without any hint of legal procedure," said Rosenzweig. "And one of the reasons that's so disturbing is, without the cover, the protection of a legal process, there's a great fear that these activists are being subjected to torture as a way of intimidating them." Several Chinese civil rights lawyers say that has happened to them in the past. The latest disappearance, this past weekend, was of a well-known former Chinese foreign ministry official turned spy novelist and Australian citizen, Yang Hengjun, who was also known to be critical of the government. China's ruling Communist Party reasons that what China needs most is stability. It has charged several of its critics with attempting to incite subversion of the state. Graduate student Lili, who has applied to join the Communist Party, said she's ok with the idea that free expression needs to take a back seat to social stability: "Freedom of speech or freedom of Internet," she said, is "something that China now does not have the kind of situation, or precondition, to develop. Because if we really let the Internet be free, it will hurt our economic development." She said that's what her professors tell her, and she believes them. In this, from the Party's perspective, she's a model Peking University student. Part of an elite group being groomed to lead China, without a radical thought in their heads.