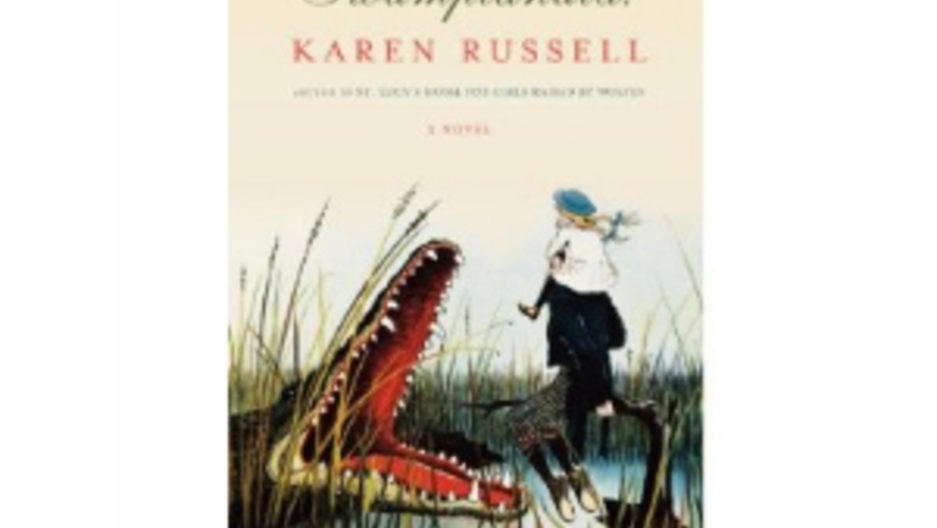 Cover of the book "Swamplandia!"

"Fantasy is our big industry in Florida," says author Karen Russell. Her debut novel, "Swamplandia!" centers around a family posing as Native Americans at their low-level, Everglade amusement park, complete with alligator wrestling.

The tale, an expansion of one of Russell's short stories from her first book, "Saint Lucy's Home for Girls Raised by Wolves." It portrays the Bigtree family's struggle when the mother dies of cancer, and an evil theme park, "The World of Darkness," moves into the neighborhood. The family begins to disintegrate, and 12-year-old Ava sets out to save the park.

"If Alice [from Alice in Wonderland] were a, you know, herpetologically savvy, fake Indian in the Florida swamp," she would be Ava Bigtree, says Russell.  Ava's "rabbithole" is the Florida Everglades. Russell talks about writing about the Everglades:

I always feel like I'm getting some false credit for, you know, inventiveness. I tell people: 'Just take an airboat out there.' It feels like a portal out of a fairytale. There are mangrove channels, dead-end rivers, and deadfalls, and it really does feel like a landscape out of, you know, an alien book.

In criticizing the commercialization of this natural wonderland, Russell pits corporate Florida against a family of frauds. The author explains:

They are sort of confabulators, and they have this hokey park, but I think, you know, what resonated with me is how genuine their desire is to be their own authors. You know, they really want to tell this story, where they are the 'Bigtree wrestling dynasty.' The father really wants to give his kids this noble heritage as, you know, world famous alligator wrestlers.

The industry of oddball fantasies instead of the "Burger King" version, is what the author celebrates about Florida: