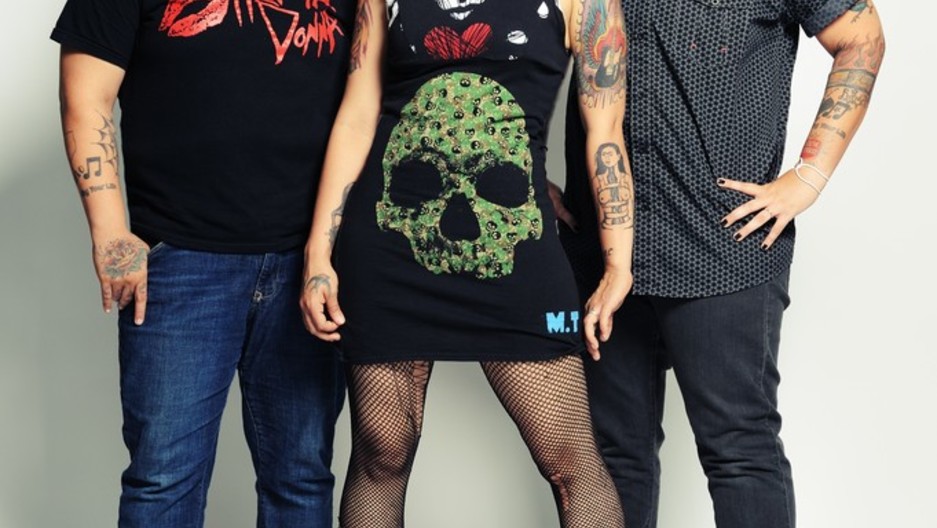 Girl in a Coma's creation story reads like a fairy tale: teen girls plaster bedroom walls with posters of dreamy pop star; start a band named after pop star's song; play hard in that band for 10 years. Until one day... the phone rings. It's the man from the posters. Morrissey. He invites them to open for him on tour.

The young San Antonio trio -- sisters Nina and Phanie Diaz and their close friend Jenn Alva -- are now paying tribute to the music that shaped them on their new album, Adventures in Coverland (out tomorrow). While no Morrissey tunes show up on this record, songs by artists who contributed to his rockabilly bent (and pompadour) are there, like Ritchie Valens -- alongside fellow new wavers Joy Division. Coverland showcases Girl in a Coma's unexpected mix of influences -- they grew up listening to Selena alongside moody Britpop.

They somehow manage to blend it all beautifully: Nina's Patsy Cline-ish croon crossed with crunchy post-punk guitars and a touch of Tex-Mex twang just works. Check out their new video (directed by drummer Jenn) of 'Walking After Midnight.'

I spoke to the band in 2009 about their musical roots and their unlikely Morrissey story. 'I loved him so much it hurt,' said Nina. But once the band met him, said Jenn, 'everything just switched and the whole fan just shredded off, and it was time to work.'