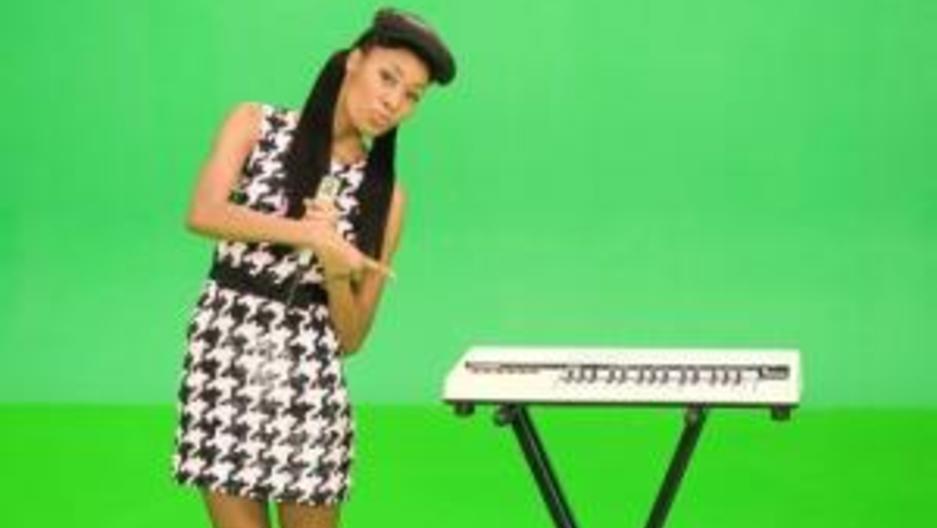 V.V. Brownvirtually exploded onto the music scene this summer - and followed up her popularity in the charts and online by touring with Owl City, doing the rounds on talk shows, and lending her songs to commercials andTV shows. So even if you don't think you know her music, you probably do. The British singer songwriter mixes pop, soul, rock, punk, and hip-hop to create a seasoned sound that belies her young age. V.V. describes her style as "musical mashed potatoes"- although I don't know if Grace Jones, Eartha Kitt and Amy Winehouse qualify as potatoes.

She topped off her busy summer with a tambourine-fueled performance of her latest single Shark in The Water for David Letterman (where she displayed a flair for unusual eye makeup!)

Anyone would be forgiven for taking a break, but she's just announced additional headlining tour dates for the fall. Let's be clear though - Studio 360 has been onto her from the beginning. Way back in the chilly days of February we asked V.V. to drop by with her band for an acoustic jam session, and she had Kurt shimmying to songs off her record, Travelling Like the Light.