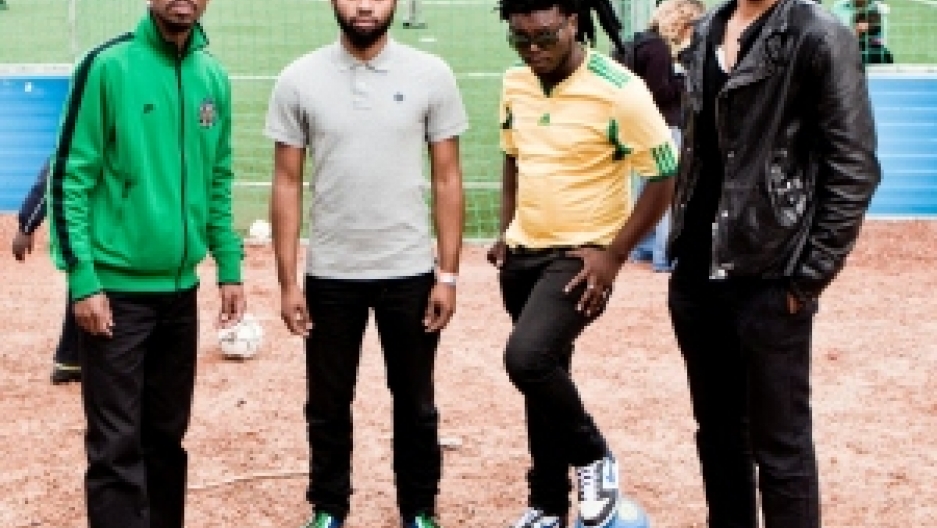 It's hard to imagine a band getting more exposure than by playing at the opening ceremony of the World Cup. With the eyes of the world on South Africa last Thursday, the nation's own BLK JKS delivered what was arguably the best performance of the night.

At the heart of their music is a tenacious fidelity to afrobeat, a mlange of traditional African styles with progressive Western ones like funk and jazz. However, the BLK JKS have upped the ante, casting the elements of afrobeat in the unlikely mold of alternative rock, while referencing such disparate genres as dub, prog, and psychedelia. Incredibly, the combinations, transitions, and contrasts never sound forced with these guys - that's because all four BLK JKS are also really smart composers. Their new album Zol! showcases this talent, particularly on 'Paradise,' in which the band moves from dystopian guitar riffs to sun-soaked Afro-Cuban interludes in the blink of an eye.

BLK JKS wrote the title track from Zol! as an unofficial World Cup anthem. It's a joyous song, and easily the most 'traditional' track on the album. So it was surprising when they chose to play the more aggressive, politically-charged 'Mzabalazo' at the opening ceremony instead. But I'm not complaining: it's my favorite song on the new album. It's also a more fitting one to share with the world, as it shows just how BLK JKS mix the heaviness of Western rock with the musical vocabulary of Africa.

Studio 360 host Kurt Andersen talked with BLK JKS before a performance in Los Angeles last year. They broke down all the different strands of music that show up in a single song, from art rock to Zulu chants.