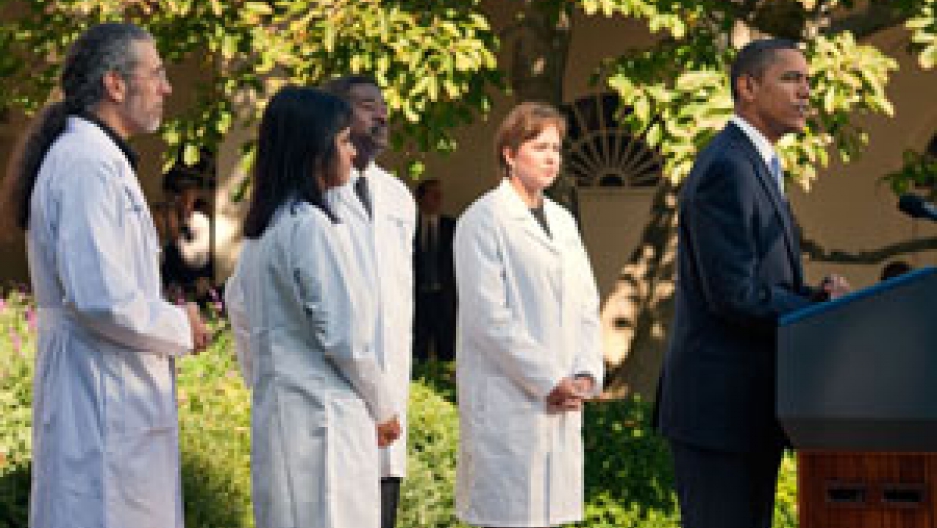 This story was originally reported by PRI's "Here and Now." For more, listen to the audio above.

The term "rationing" strikes fear into the hearts of many Americans, conjuring images of "death panels" and explicit denials of health care to elderly people. According to MIT economist Jonathan Gruber, health care rationing is happening right now, Americans simply need to make it more rational.

"The vast majority of Americans are over treated," Gruber told PRI's "Here & Now," "and a substantial minority is incredibly under treated." Both those aspects need to change. Inevitably, according to Gruber, the country needs to move to a situation with "patients getting of less of the care they demand, and providers earning less money."

To rectify the situation, Gruber advocates the "spaghetti approach" to health care cost control that the recent health care reform bill takes: throwing a bunch of stuff against a wall and seeing what sticks.

Hospitals could also take a cue from restaurants on how to improve efficiency. PRI's "The World" recently profiled Eugene Litvak, a Boston University professor who advocates operations management—or the art of meeting customer’s needs as efficiently as possible—for health care reform. Restaurants and car manufacturers have used the approach, but hospitals have been slow to adapt.

For people with insurance, the current health care system is a lot like an "all-you-can-eat menu," Stephen Dubner, author of the book SuperFreakonomics told the "Takeaway." This leads a lot of people to consume too much health care, crowding out everyone else.

For the health care system to work, both patients and providers are likely going to have to show a lot more restraint.