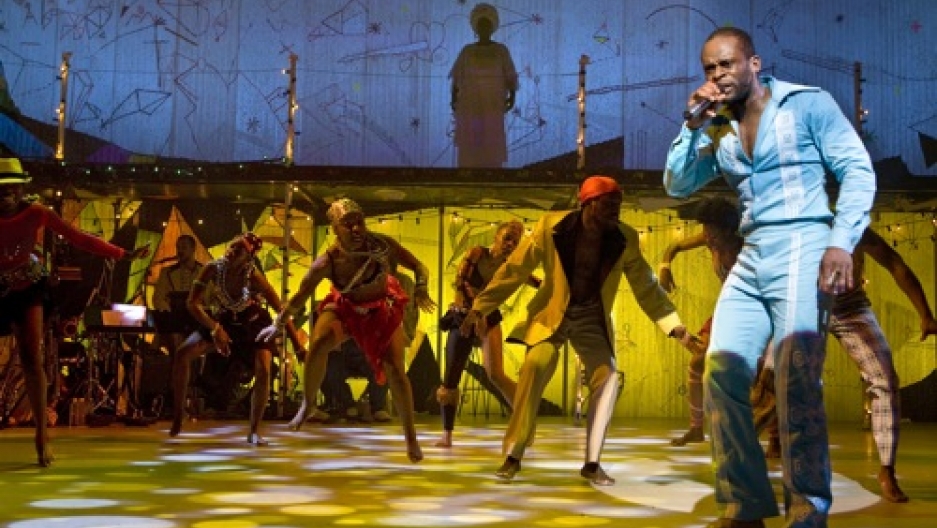 This season, Broadway got a boost from some serious Hollywood star wattage -- and from great productions imported from London's West End. But we can see from the Tony nominations there were also some homegrown stand-outs.

"Fela!" is perhaps our favorite production from 2010 -- Bill T. Jones got nods for both his choreography and direction. Back in 2008, when the show was still in development Off-Broadway, Jones stopped by Studio 360 and told Kurt about discovering the "absolutely miraculous" (now Tony-nominated) star Sahr Ngaujah. (In total, "Fela!" is up for 11 awards.)

Christopher Walken plays a mysterious, one-handed drifter in "A Behanding in Spokane" -- he's up for Best Leading Actor in a Play. He told Kurt that although he has enjoyed a career playing creeping con men, he's a song and dance man at heart.

Twyla Tharp's 'Come Fly Away' is a dance narrative set to the music of Frank Sinatra - she's nominated for Best Choreography. Tharp told Kurt about growing up at her parents' drive-in movie theater: 'I started working there when I was eight years old ... [I] saw all the films often with no sound, because I would not be in a car with the speakers, I'd be outside watching the big screen - so I learned to read action.'

Alfred Molina is nominated for his portrayal of the abstract (and rather cantankerous) painter Mark Rothko in 'Red' (the production is up for a total of seven awards). But Molina couldn't be more different than the character he plays: he's a gentle guy with an easy laugh and lots of funny accents. He told Kurt that as the child of immigrants, he's always been attracted to playing outsiders.

Laura Linney is up for Best Leading Actress in a Play for her portrayal of a troubled war photographer in "Time Stands Still" (also nominated for Best Play). In conversation with guest host Alec Baldwin, she revealed the joys and heartbreaks that come with being a full-time actor.

Christopher Walken plays a mysterious, one-handed drifter named Carmichael in "A Behanding in Spokane" -- he's up for Best Leading Actor in a Play. He told Kurt that while he's enjoyed a career playing creeping con men, he's a song and dance man at heart: