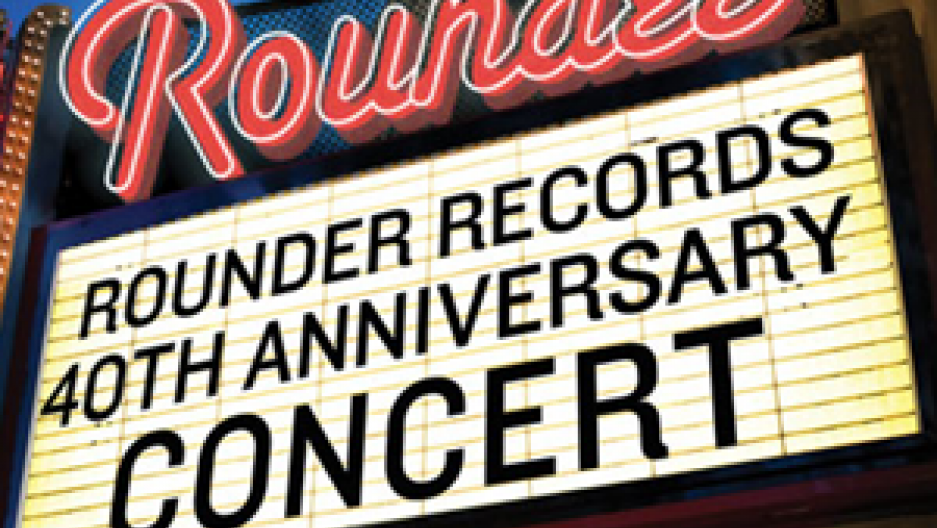 Forty years ago, three college friends -- Ken Irwin, Marian Leighton-Levy and Bill Nowlin -- decided to start a record label. More than 3,000 titles and millions of recordings later, Rounder Records has a sterling reputation as a premier, independent music label, and somewhat of a refuge for fiddlers, bluegrass and country musicians, and earnest artists like musicologist Alan Lomax.

The three college friends -- who are still friends -- started the label with no experience in the music industry.

"Nor did we know anything about business," said Marian Leighton-Levy. "Bill was a political science major, I'm a history major, and Ken was a psych major."

"There wasn't anybody there to tell us not to, so that's how we started," said Ken Irwin.

What they did know was that there was a void of independent labels at the time.

One of Rounder's first discoveries was George Thorogood and the Destroyers.

"We really liked pretty much everything," said Leighton-Levy. "From old time country music to bluegrass music; unaccompanied ballad singers; blues. And fortunately there was a lot of that around at that time."

Leighton-Levy and Irwin came across 14-year-old Alison Krauss when they received a demo tape in the mail.

"We used to listen to them all," said Irwin. "I was fairly relaxed and not pushed for time, and got up to the fourth song, which was the first time that she sang lead."

Krauss went on to become one of the label's most successful artists.

In 2007, an Alison Krauss-Robert Plant collaboration from Rounder received much acclaim -- and attention -- for the label. The CD, "Raising Sand," picked up five Grammy Awards, including Record of the Year.

"It was an opportunity for us to do everything we had learned over 40 years," said Irwin of the record.

But there were also the ones that got away, like Mary Chapen-Carpenter -- sort of. "We had heard about her and loved her music, and had been negotiating with her up to the final point in her contract," Irwin explained. "Somebody from a major label came home to the Washington, DC, area for a holiday; they saw her and signed her.

"What we got out of it: I got a thank you and her first record. But 20 years later, when she wanted to go with an independent label, she gave us a call."

As an independent label, Rounder doesn't have to prescribe to a cookie-cutter approach to an artist's career, says Leighton-Levy. "We're not looking to turn an artist into something they're not."