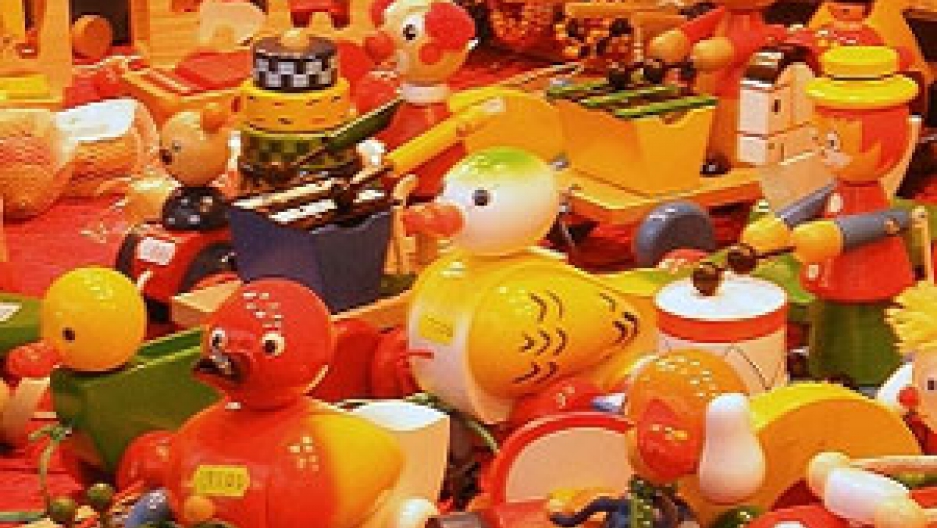 In response the lead tainted toy scare a few years back, Congress passed legislation that set safety standards for all goods used by children under twelve, including toys. The new regulations go into effect in February and many large toy companies say they are already testing the safety of their products. But small, independent toy makers say the cost of complying with the new rules will put them out of business.

William John Woods has been building wooden toys in Ogunquit, Maine, for 35 years. He makes wheeled vehicles and wooden baby rattles, and his products are finished with food-grade walnut oil and bee's wax. He sells about 2,000 of the toys a year.

The new regulations would require that Woods test all the products he makes. "I would have to prove that what I'm using has no lead in it," said Woods. "The total process would be about $300 or $400 dollars per toy. And even though they're all the same shape, each size and color is considered a different product, according to the new law."

He estimates that in total, it would cost him $30,000 dollars a year to test all his toys.

Woods and other small toy makers have formed the Handmade Toy Alliance to lobby for an exemption to the new regulations. They've marched on Washington and have hired former New York mayor Rudy Guiliani's lobbying firm to take up their case.

The commission that came forward with the Consumer Product Safety Act has been applauded by many consumer groups. The executive director of the group, Nancy Cowles, says Woods and others are playing into the hands of the big toy manufacturers and chemical companies who also want the legislation to be opened up.

Woods says what he and other small toy makers are only asking for standards appropriate for different sized businesses. "It would simply be a matter of setting standards for number of employees, number of pieces made per year ... there's all kinds of restrictions that you can do on that without making it go from a company like Matel, who is maybe employing 100,000 people and somebody like me, who's just like me."