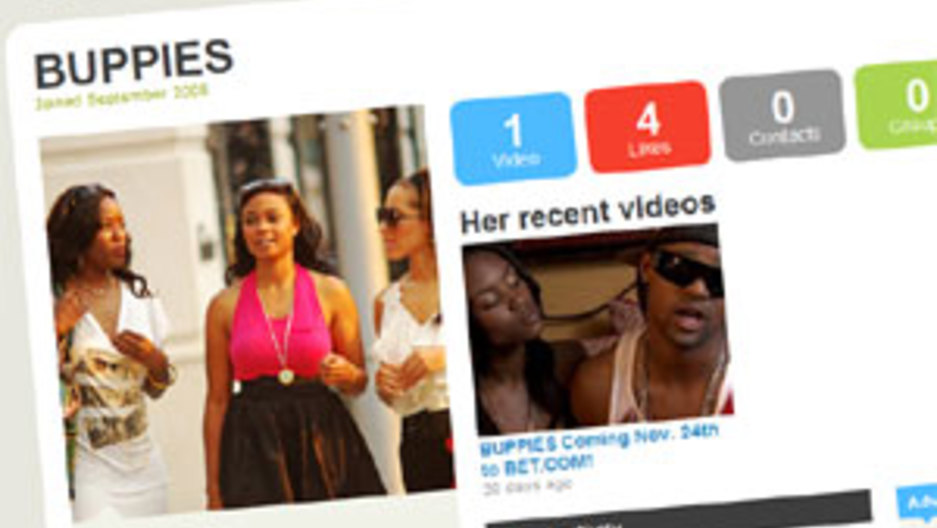 Network television is often criticised for its lack of diversity.  Last year, the NAACP said that there is a "virtual white-out" in broadcast television.  This year, six of the dozen or so broadcast or cable television shows centered around African Americans were cancelled.  One of the most popular characters on TV isn't even real.  He's the animated title character of "The Cleveland Show," the "Family Guy" spinoff on Fox.

With TV falling short, the web is flourishing.  There is a new trend emerging: Black producers are launching their programs on the web, in short, four-to-five-minute episodes.  Several websites, including one backed by stars like Will Smith and Denzel Washington, are launching to provide a forum for the web series.

This month, the website from the Black Entertainment Television (BET) will premiere the web series "Buppies."  The series follows Tatiyana Ali, the "Fresh Prince of Bel-Air" star, and her friends who are immersed in the world of Hollywood's rich and famous.  There are serious topics, but little is taken terribly serious.

Aaliyah Williams, one of the producer of “Buppies,” has mixed thoughts about the series being one that only black producers could create.  Many of the characters in the show are similar to the ones that she and everyone else knows.  But, those characters are not often seen.

"A lot of times, you see characters that quickly become charicatures, so we presented a fresh look, a more human look at these different types of black characters dealing with very real issues of pregnancy, insecurity, questions of 'what do you do when you've been given the world?'"

The program was shopped around to several different networks.  A question of the appeal to white audiences always came up at some point.

"The question always came back to 'How do we get white audiences to buy into the show, to watch the show?' Even so far as to say, 'Can we make one of the Buppies white?'" Said Williams.

Considering that the country has a black President, Williams feels that the offerings of primetime television featuring diverse characters is at a low.  "It goes back to what studios can believe people will buy into."

While the show is on the internet, Williams says that there is always hope that it will make a bigger impact in other media.

"I think everyone wants to be big-time ... but I think for us it is very exciting to be in a medium where we crafted this show altogether on our own, and BET became interested and allowed us a platform to distribute it.

"If it takes off and goes to the next larger screen of TV, we are very happy for 'Buppies' to have a life in however it is supposed to happen.  There is a freshness about the internet.  I think we can do more -- we have fewer restrictions as to what we can explore even though it is backed by a network.  I think BET has been very flexible with that, and it is very exciting."