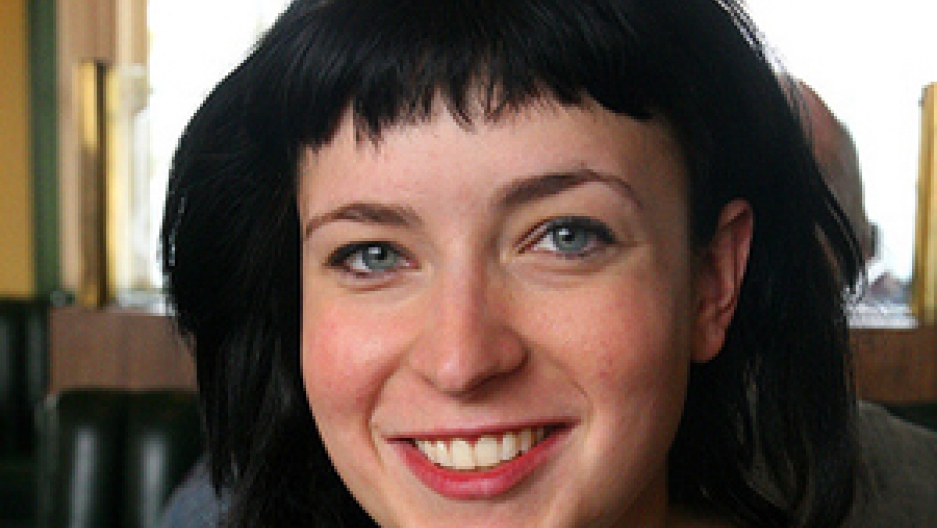 Diablo Cody's new movie, "Jennifer's Body," is about a demonic high school cheerleader who devours her male classmates. It's a horror movie with a comedic post-feminist twist.

Recently on "Studio 360," Cody explained that she's a huge fan of horror movies, "I have been my entire life -- they were kind of like the cinematic forbidden fruit when I was growing up. I wasn't really supposed to watch them, but there were always some unsupervised kids down the street who had cable, and we would go over there and watch 'Nightmare on Elm Street' and 'Friday the Thirteenth' and 'Fright Night.'

"My favorite to this day, which was PG at the time, is 'Poltergeist' -- although if it were released in its existing form now, it would be a hard R."

The theme of "Jennifer's Body," said Cody, is about the horror of being a teenager. "A person who is under the influence of hormones, and jealousy and society, is by nature combustible and scary and unpredictable, and I think anybody who's ever lived with a teenager knows this to be true.

"And Jennifer herself is in a special kind of hell where her self-worth completely revolves around her sexuality and who she is as a body, or a package, so that's how we began the movie."

The dynamics of friendship between teenage girls, which was explored in the humorously dark 1980s movie "Heathers," is at the core of "Jennifer's Body."

"Heathers" had a big impact on Cody -- she called it life-changing. "It influences my entire life and my entire career path, and everything that I do -- it's like gospel. That movie was sort of life-changing, coming to age in the 80s -- to see something that was first of all, that risky and secondly, smart."

Said Cody about her own film, "The germ of the plot ... is about the two girls and the relationship between them, and the fact that they had this friendship that went all the way back to childhood, but had now turned toxic."

Cody also wrote the Showtime series, "The United States of Tara," about a suburban mother who has dissociative identity disorder and has to balance motherhood with having four different identities.

She says as a writer, she doesn't really have a process: "I have writer's block right now -- severe. And I haven't experienced this in a really long time and I'm not sure what I'm going to do ... I do have scheduling and discipline issues ... I keep asking other writers, 'how do you do this, what's your schedule, what's your process'; because after all these years of rebelling against it, I feel I need to have it."