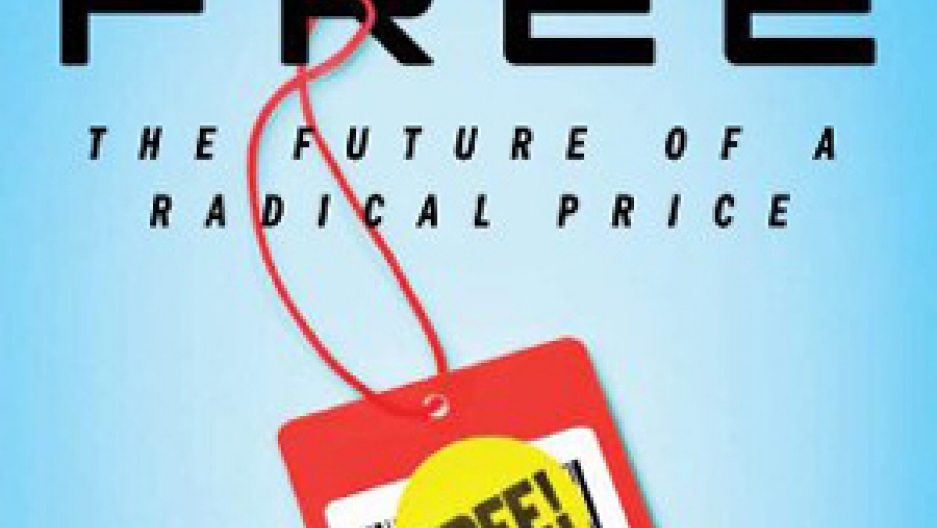 The following is not a full transcript; for full story, listen to audio

Anderson explored the economy of free in the digital marketplace in his book, "Free: The Future of a Radical Price."

He says the precedent for free has traditionally been broadcast media -- radio and television have long been free to consumers and the business model has been supported by advertising -- what the internet have done is taken that to another level.

Twitter, said Anderson, has "a network television-sized audience" at a "bagel-shop budget" and this is only possible in the digital world where the price for delivering content is trending towards zero.

While the economy of free is great for consumers, for some content creators it's a different story.

"For professional musicians, they think that it is incredibly destructive to music that so many people are giving their music away for free on MySpace ... they think it's undermining the value music and creating more competition for them and making their lives harder, and I don't doubt it."

Journalists are another group of content creators who are not happy with the free aspect Anderson says, "They're at this point where they have quite a lot of power in terms of their voice, but they feel completely desperate in terms of the business. So they're incredibly angry and paranoid and scared."

The newspaper business and the music business took different routes, and both are still struggling to adapt to the new free economy according to Anderson:

"There is a thought out there that a mistake was made ten years ago ... that some small number of people, probably involving the "New York Times," let their websites go free and had that decision not been made ... that newspapers would be fine ... not the case. Because that meeting did happen, just not in the newspaper business; that business happened in the record labels.

"The record labels say 'we're going to hold the fort, we're going to charge for music, and we're gonna sue' ... guess what, the marketplace imposed the price of zero on music. At first it was the pirates, then it was the musicians themselves."

Intellectual property is another area that Anderson says has to change with the new economy, "It's a one-size-fits-all model, largely designed to serve the needs of the large corporations."

Anderson believes that for content creators, the real enemy is obscurity and not piracy, "These days obscurity is really yours to control. If what you're doing is good, and if you're good at marketing, and you now have the channels ... you can create use-free to create celebrity, and then figure out how to turn celebrity into a living -- that is the game for the 21st century."