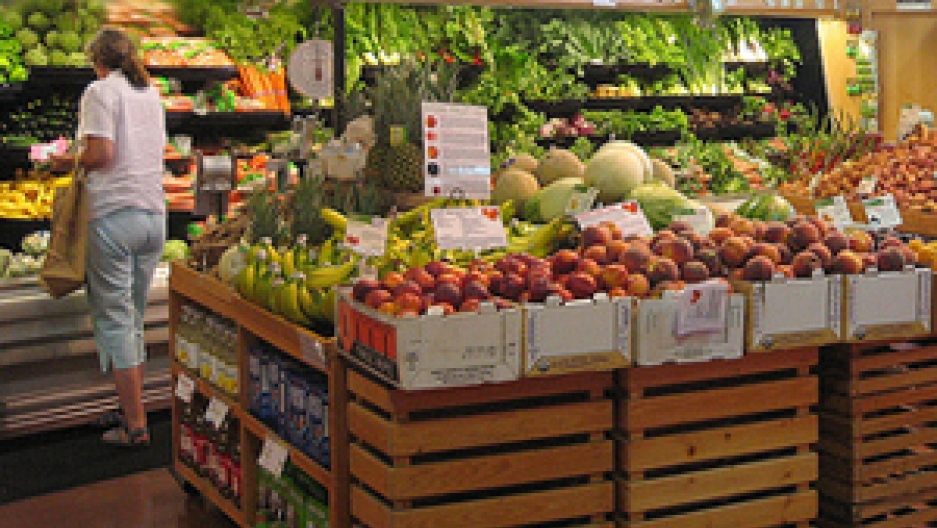 Why do we know so little about what we eat every day?

Most Americans are at least vaguely aware that there are questions about food safety as well as concerns about genetically modified crops and the treatment of farm animals and farm workers on what are increasingly factory farms, not the bucolic barns on your egg carton.  A new film puts all of these concerns together and throws in the question, "Is U.S. food production unhealthy and immoral?"

This new film features some noted authors of the subject of food: Eric Schlosser and Michael Pollan.  It is being called "The Inconvenient Truth" about food with the same power as Al Gore's global climate change film, but, as the "New York Times" points out, "Food Inc." may also make you lose your genetically modified lunch.

Robert Kenner, director and producer of the new film, "Food Inc.", says that is not his point.

"The industrial food production is not a pleasant system.  It's really to get the viewer to start to think about where their food comes from.  I think that our food has been transformed more in the last 30, 40, 50 years than in the previous 10,000.  We don't get to think about it.  We don't see what's happening, and it's sort of a look behind the veil."

There have been opponents to the criticisms of the industrial food complex.  Kenner says, "Basically, our food costs us less now than probably at any point in history, which is an incredible thing.  When I was a kid, food cost us something like 18% of our paycheck.  Today, it costs 9% of our paycheck.  When I was a kid, though, healthcare cost about 5% of our paycheck, today, it costs about 18%.  So, in aggregate, the cost is going up, and I believe there is a direct link between healthcare and the food we are eating."

Kenner's film lays out the case that snack food is cheaper than an organic carrot because the government subsidizes big corn growers.  The result is an excess of corn, and, as a result, corn is in everything, including cattle feed, even though cows are biologically designed to eat grass.  By feeding them corn, these companies can pack them into huge feedlots.  However, when cows eat corn, they are prone to e. coli.

Kenner says, "One of the things we do in 'Food Inc.' is to try to connect the dots to show that the system, if you look at it from the beginning to the end, it is not making sense.  It solved a problem; it got us calories at much cheaper prices, but it sort of broke in other ways, and we have to figure out how to correct this system."