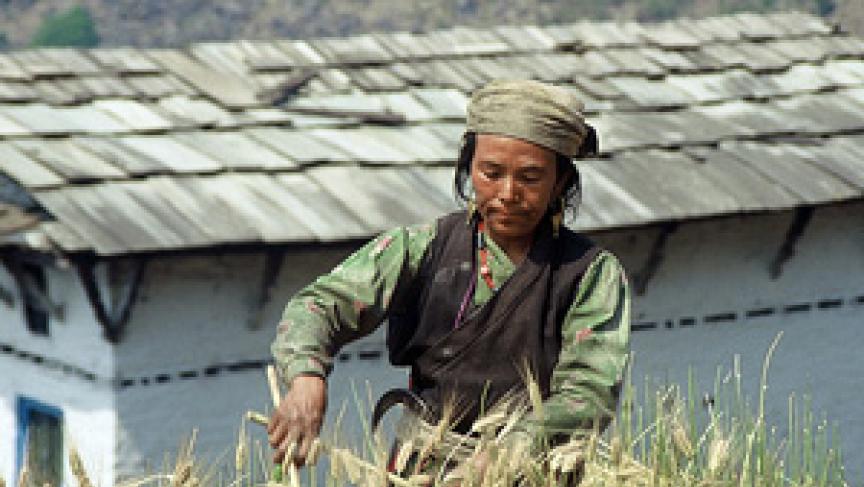 Almost a third of Nepal's population lives on less than a dollar a day, and political turmoil has displaced tens of thousands of people. For Nepalese women, life is particularly difficult. The country has a long record of discrimination and exploitation, and maternal mortality in Nepal has historically been among the highest in Asia.

Dr. Sangeeta Mishra is trying to change that. She is a gynecologist from Nepal. She has spent much of the past year as a Fulbright Scholar at Johns Hopkins University. On "Here and Now" she talks about how women's health issues are addressed in Nepal.

Dr. Mishra: "These women they are not coming to the clinics, they don't have access to the hospital, so sitting in the clinic and solving the problem [on a] one-on-one basis, it doesn't work for Nepal.

"First thing which I realized was a major problem in Nepal was high rate of maternal mortality, and women were dying due to pregnancy-related complications. Women ... are not aware of pregnancy [complications] ... it's just a normal thing and that they can deliver at home and they are not aware of the consequences that pregnancy can bring.

"So I plan to develop a major educational and awareness generation program for these women, where most of the deaths occur ... to [inform] them of the importance of delivering at the hospital, or having a skilled helper at home."

She says around 68 percent of the women deliver in rural areas, and only 16 percent deliver in hospitals, and that delivering at home is a part of the culture: "In the family, mother-in-laws and mothers believe that, because they didn't have any complications and they delivered at home, so they think that their daughters-in-laws and daughters, they should also deliver at home.

The low literacy rate in Nepal is also a barrier when it comes to educating the women about health issues. Dr. Mishra says creating messages to transmit on the radio is a good way to get around the literacy problem, as well as utilizing female community health volunteers who go door-to-door.