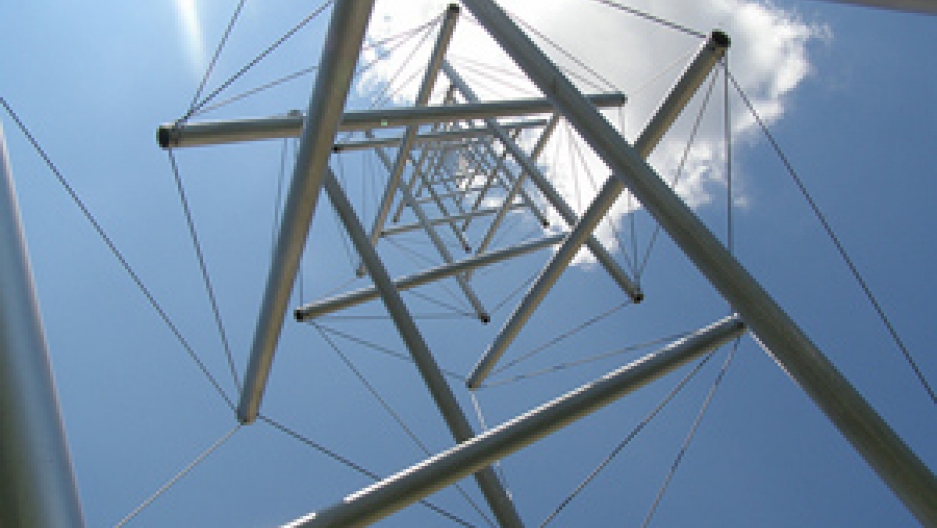 Don Ingber is a cell biologist from Harvard Medical School, Children's Hospital. One day he saw a piece of modern sculpture and -- Eureka! -- he was inspired to make a major breakthrough in biology.

On "Studio 360," Lu Olkowski reports on the unlikely epiphany.

The first time Don Ingber saw Needle Tower, the monumental sculpture by Keneth Snelson, it was almost 30 years ago: "It's like kind of an old friend."

Don was just 20 years old, a molecular biophysics and biochemistry major at Yale. He was already quite accomplished in his studies and he was dating a girl who was studying to be a sculptor. She took him to the gardens at the Hirshhorn Museum in Washington, DC, to see Needle Tower -- she just knew Don would love it.

And like girlfriends often are, she was right -- he was completely transfixed: "So elegant, it is weightless, it's just incredible."

Needle Tower, like a lot of Kenneth Snelson's work is made of enormous aluminum struts suspended with high-tension cable. They seem to defy gravity. Near the bottom, the struts are huge, and as they move up and up, they get smaller and smaller.

Don believes that living cells are built just like a Kenneth Snelson sculpture, except the struts and strings -- the cell scaffolding -- is made of proteins inside the cell. And he believes that the same mechanical forces that hold this Snelson sculture together hold cells together. He says it's what gives cells their ability to change shape and move and grow.